Exeter 19-13 Bristol: Chiefs relieved as entertainers fail to show up

Exeter 19-13 Bristol: Chiefs left relieved as the entertainers fail to show up with Pat Lam insisting ‘our boys won’t give up’ after Bears go two months without victory

Based on last night’s evidence, 2022 is unlikely to be the year of the Bears. This was a match Bristol never looked close to winning.

Not until the final play, at least, but rather than go for glory they kicked the ball into touch and settled for a losing bonus point.

Twelve months ago, Semi Radradra would have been screaming for the ball, ready to go for broke and attack from his own 22. Times have changed. Errors high, tries low. Two months without a victory and 12th in the table. Please can we have the great entertainers back? 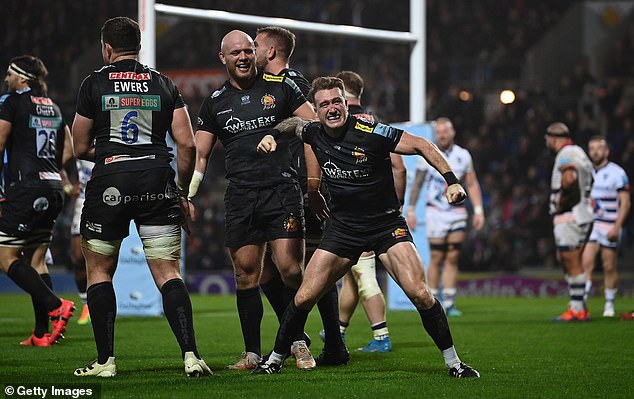 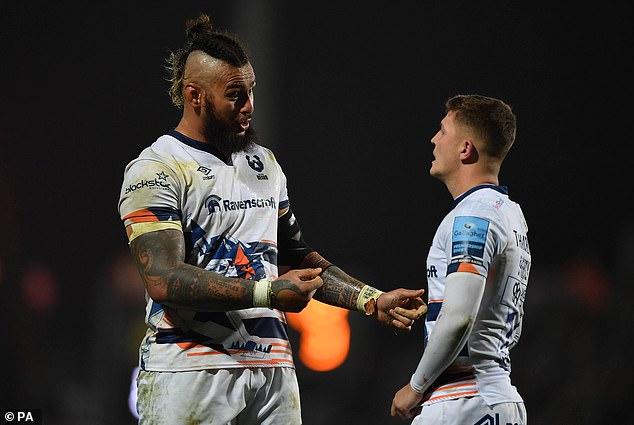 The scoreline did not turn out too badly, thanks to Exeter’s failure to convert, but some of the first-half statistics were telling. Zero phases in Exeter’s 22, lost lineouts and just 25% of the early possession. Bristol have the ingredients of title challengers but right now they look undercooked.

‘There was a lot of messy stuff,’ said Bristol coach Pat Lam. ‘We are not far away. We have got to keep knocking the door – and eventually it will come. That is a big, physical Exeter team, and it shows you the boys haven’t lost confidence, but little things are hurting us. These boys won’t give up.’

Nor was this a premium Exeter performance. A record crowd, 14,100, packed in with the newly expanded East Stand. The hosts too have been off their best this season but on Saturday they at least rediscovered their multi-phase game.

Dave Ewers, Jannes Kirsten and Jonny Hill pumped their legs like pistons to inject slow poison into the Bristol defence. 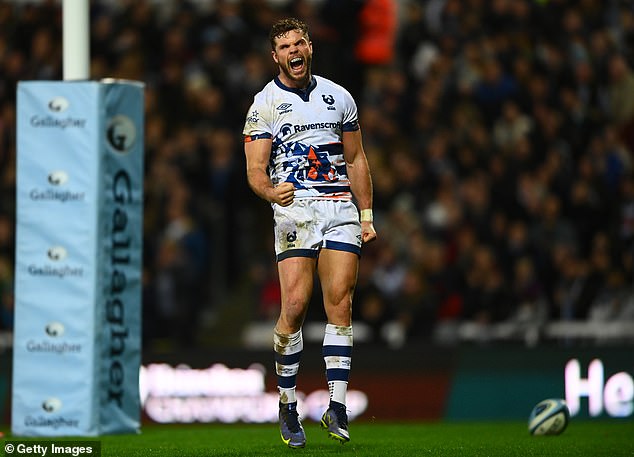 With 12 minutes on the clock, after an early 18-phase attack, Exeter launched from a lineout. Jack Nowell chipped the ball through for Stuart Hogg, who offloaded to Tom O’Flaherty to score the try.

The sight of Callum Sheedy missing an early penalty – before slotting his second attempt -Radradra fumbling the ball in his own 22 and Charles Piutau limping off suggested Exeter would run away.

They extended their lead in the 31st minute, building phases from a lineout with low-body position carries before Hill crashed over, but had just two tries to show for their dominance.

‘I think the players got nervous,’ said Exeter coach Ali Hepher. We had plenty of opportunities, especially at the end of the first-half and start of the second. We tightened up a little bit and made a few errors. 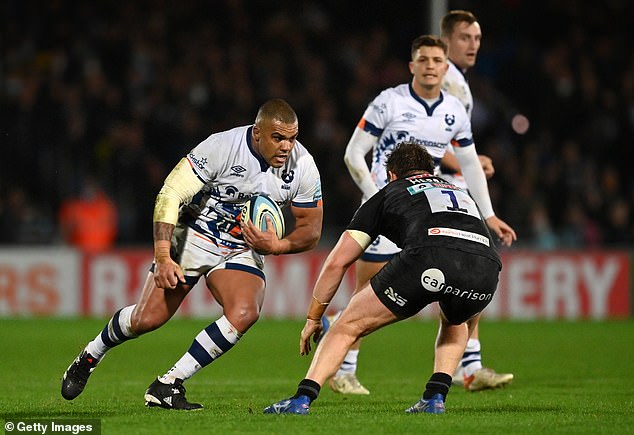 Bristol have fallen short of their billing as the entertainers, and 2022 has started off badly

‘We have been getting the opportunities, we haven’t necessarily been converting them. We have got to be clinical, and that’s all part of the process of building your confidence and level of performance through the season..’

The second half loosened up. When Bristol did eventually venture into Exeter territory, they were turned over.

Against the odds, with 70 minutes on the clock, Bristol were handed a golden ticket. Stuart Hogg was caught running around in circles as the game lost shape, with Joe Simmonds’ pass was intercepted by Henry Purdy, who ran from half-way for a breakaway try.

Hogg made amends with a 75th minute try, but Sheedy’s late penalty made it a six-point game with the restart to come. Bristol had one last roll of the dice and their supporters held their breath, but out came an exhalation of frustration as Andy Uren kicked the ball out of play.