England could find themselves in TREBLE trouble with Eddie Jones, Manu Tuilagi and Joe Marler all left sweating

England could find themselves in treble trouble after Eddie Jones slammed the ‘rubbish’ refereeing at Twickenham and Joe Marler grabbed Wales captain Alun Wyn Jones by his genitals.

Despite keeping alive their Six Nations title hopes, England’s campaign ended in a red mist after Manu Tuilagi was sent off for a shoulder charge in the 75th minute.

The centre could receive a six-week ban, while Jones could face a fine for bringing the game into disrepute after he accused Kiwi official Ben O’Keeffe of being a ‘16th man’ for Wales. 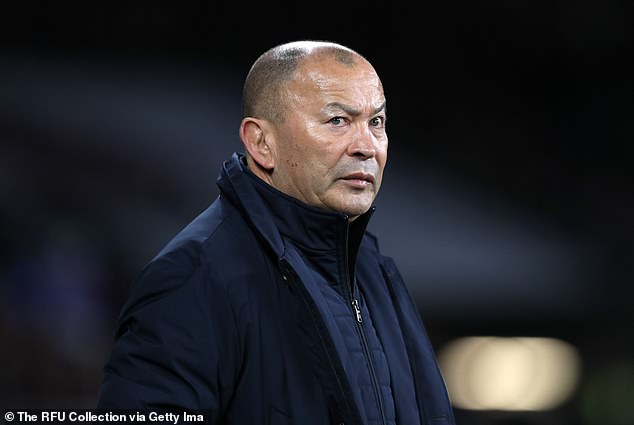 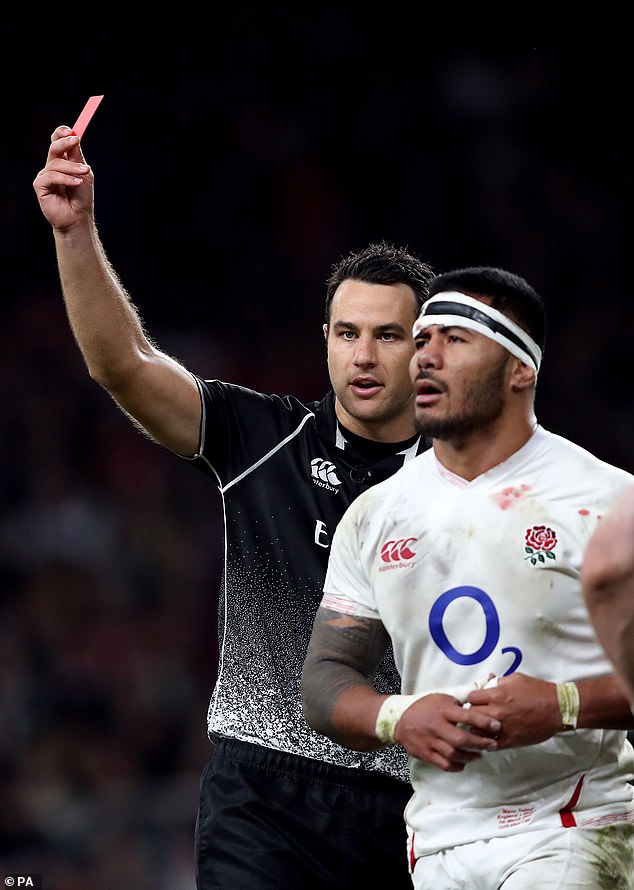 O’Keeffe missed the incident where Marler pulled on Jones’ genitals in the eighth minute, but Wales were privately ‘astonished’ and their skipper called for a World Rugby investigation.

Asked about Tuilagi’s red card for a no-arms tackle on George North, Jones fumed: ‘I find it bizarre. I usually don’t comment, but I don’t see how you can tackle the guy.

‘How else are you supposed to tackle him? Absolute rubbish. I’m sorry to break my rule. I think there is no common sense applied. Clearly the guy is falling, Manu is coming over the top to kill the tackle and is doing everything he is supposed to.’ 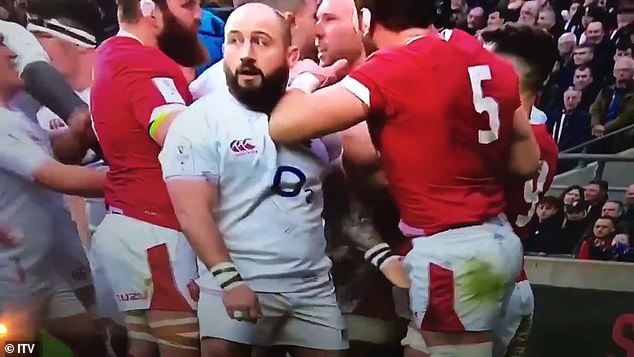 The title race will remain alive if France lose one of their two remaining fixtures, with England’s game against Italy likely to be rescheduled for October.

In the meantime, England will sweat over their disciplinary issues and Wales have questioned why the TMO did not pick up on Marler’s altercation.

‘It was interesting,’ said Wales captain Jones. ‘What would you do in that situation? After 138 Tests for my country, I know if I react it’s a red card. It’s tough. Hopefully World Rugby have a look at it. Joe is a good bloke and lots happens on a rugby field. It’s difficult as captain because you feel you can’t speak to the referee about anything. I looked at the touch-judge but he didn’t see what happened, which is fine.

‘A lot of footage was shown, a lot of supporters have seen what happened, it’s just very frustrating. We talk a lot about the TMO footage and review but not a lot’s happened.’

Meanwhile, scrum-half Ben Youngs has set his sights on 100 England caps and beyond after turning in a man-of-the-match performance. The 30-year-old is eyeing a fourth World Cup in 2023 in France and if he makes it he will sail past Jason Leonard’s record of 114 England caps. 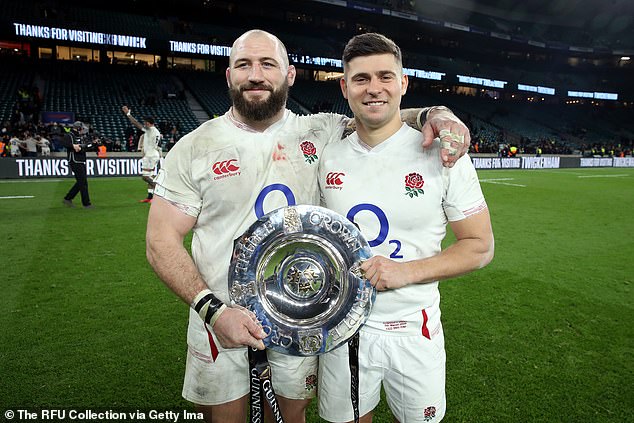 But Youngs admits he is wary of meeting up with the man they call the Fun Bus when he finally gets into three figures.

He said: ‘You’re always going to have opinions, especially after a World Cup, everyone talks about cycles but I am only 30. I could be 33 at the next World Cup and I feel absolutely fine, great, in good shape and up for it. I am loving my rugby.

‘I think Jason would be happy as he could take me for a pint and absolutely write me off! He might be more excited than I will be! When I do (get 100) it’ll be lovely, but I don’t want to stop there. There is every desire to kick on and be part of this group.

‘Today we were able to show — in stages — the best of us. When we did that they certainly couldn’t cope with us. From our point of view we want to be more consistent at turning up with the mindset to go at teams and bring that physicality.’

Matthew J Watkins, the former Wales centre, has died at the age of 41. Watkins, who won 18 caps, retired in 2011 and announced in 2013 he had a rare form of pelvic cancer.