England 52-13 Japan: Eddie Jones' side ease to victory at Twickenham

England 52-13 Japan: Eddie Jones’ side ease to victory scoring seven tries along the way… with Marcus Smith and Guy Porter crossing the line twice each as the hosts bounce back from shock defeat to Argentina

Six days after collapsing to a shock defeat by Argentina, Eddie Jones’ men regrouped by running in six tries to put a spring back in their step ahead of Saturday’s long-awaited clash with the All Blacks.

Marcus Smith and Guy Porter crossed twice each to lead the charge and there was greater conviction about all aspects of England’s play on a day that saw Freddie Steward reign as the most influential player on the field. 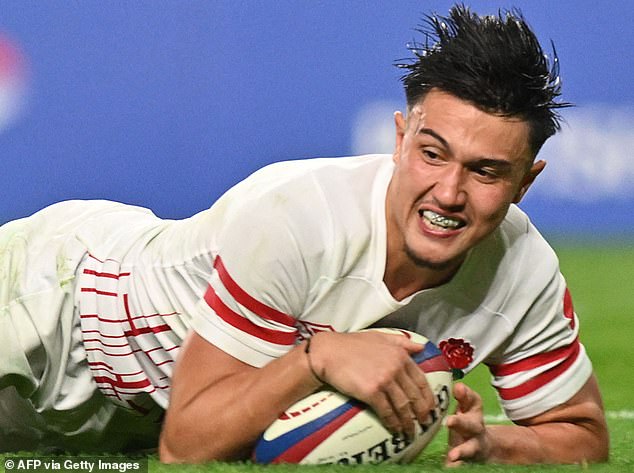 Forced to overcome the loss of Jack Nowell to an abdominal injury shortly before kick-off, they held the tourists in a vice with Steward at the centre of many of their best attacking moments.

Japan were willing victims as they slumped to their third defeat in as many meetings between the nations, a side clearly struggling to rediscover the magic that lit up the 2019 World Cup.

It took almost until the half-hour mark for them to attack with any conviction but two penalties was an insufficient return and they then self-destructed close to their own line to gift Porter’s first try.

England, meanwhile, had liberated themselves from the overthinking that was identified as the source their problems against the Pumas to give their Autumn Nations Series lift off – at least until the All Blacks arrive.

Even amid a cagey opening the atmosphere was livelier than against Argentina six days earlier and home fans were soon able to celebrate an early Owen Farrell penalty and Steward try. 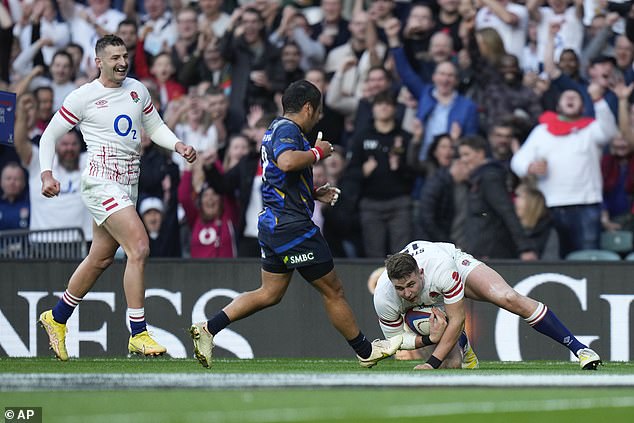 Steward raced over in the 13th minute after Japan’s midfield defence became too compressed following a line-out drive and with Farrell converting the lead became 10-0.

England were showing enterprise as Farrell kicked to Jonny May inside his own 22, but they were being assisted by a Japan team that were freely conceding penalties and just could not get going.

Successive knock-ons stemmed the tide of pressure building on the tourists’ line but once Smith had got a couple of low key errors out of the system, he plundered a try in the right corner after Steward had broken from inside his own half.

Japan finally came to life by producing the type of attacking rugby that brought the last World Cup to life, but their reward was limited to two penalties from Takuya Yamasawa. 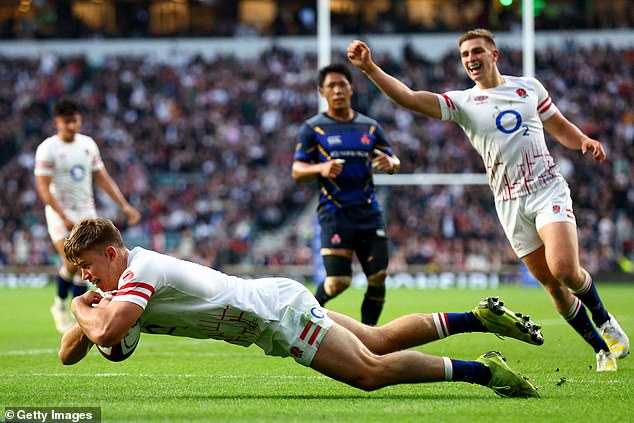 May, making his first Test appearance in a year because of injury and Covid, was sin-binned for killing the ball as the Brave Blossoms seemed destined to score.

Although a man down, England poured forward on the stroke of half-time as their opponents wobbled close to their line and Sam Simmonds crabbed across the pitch to set up an easy run in for Porter.

Cohesion threaded through the hosts’ play as a drive upfield ended with Ellis Genge driving over and when Farrell grubbered ahead for Porter to touch down, Japan’s prospects were looking increasingly gloomy.

Warner Dearns capitalised on a ruck error to send Naoto Saito scampering over to stem the flow of one-way traffic, but any danger of a fightback has evaporated long ago.

England secured a penalty try and then Smith was over for his second following a move that involved Steward and Henry Slade, driving the final nail into Japan’s coffin. 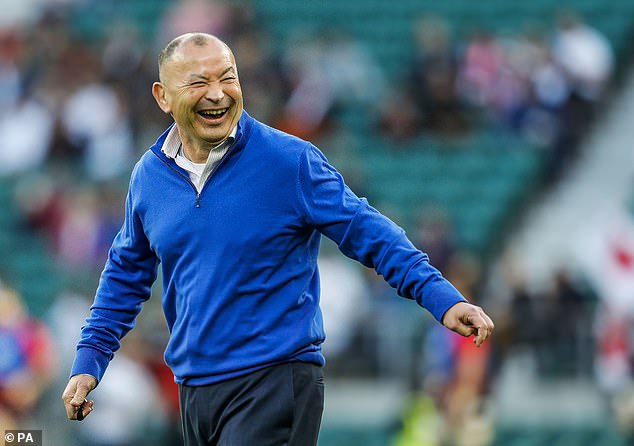