Concussion in rugby: Incidences were reduced at 2019 Rugby World Cup 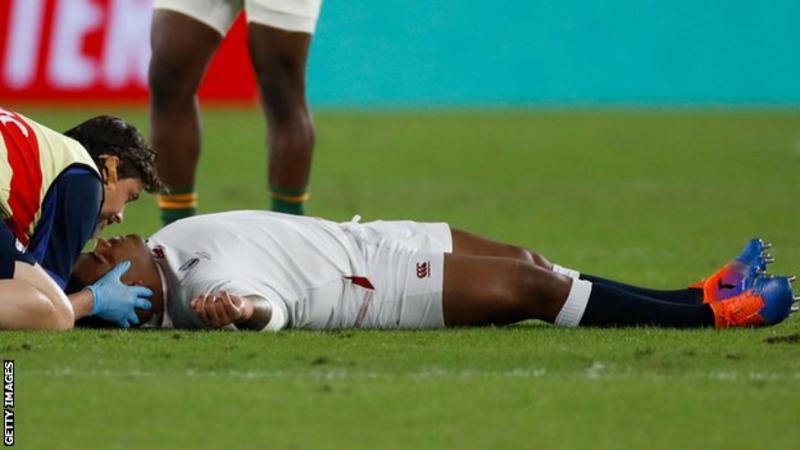 Concussions were reduced by 28% at the 2019 Rugby World Cup compared with the 2018 elite competition average, according to World Rugby.

It was the first World Cup to use the high-tackle sanction framework, offering guidance on how to punish dangerous contact.

There were 74% more yellow cards and 138% more red cards at the tournament than in elite competition in 2018 and World Rugby says this was “a direct contributing factor” to reduced concussions.

The high-tackle sanction framework was created to change player behaviour, encouraging them to lower their tackle height.

And there were 37% fewer concussions occurring in the tackle at the World Cup than in elite competition in 2018.

Fewer injury replacements were used than at any other World Cup on record.

“The significant reduction in concussion incidence provides compelling evidence of what can be achieved when competition owners, match officials, disciplinary officers, players and coaches fully buy in to the high-tackle sanction framework. Failure to do so can have significant player welfare and performance consequences.”