The biggest frustration for most of the club officials who attended Friday's AGM was the blowout in NRL expenditure, which has now ballooned by around $50 million the past two years.

While more than impressed with the $30.1 million profit the NRL delivered this year, the club chiefs, who only received the annual report before they arrived at League HQ for their briefing, were baffled by the increased expenditure. 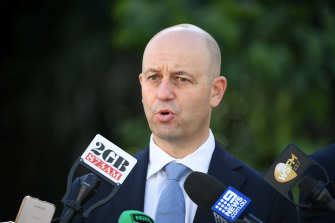 The NRL's expenditure jumped from $130 million two years ago to around $180 million this year, which included extra costs relating to event, game and sponsorship. According to the official report, ''the increase was largely attributable to direct costs on increased revenues from major events''.

Football costs also jumped up by $3.2 million to $25 million, which was due to ''legal costs incurred in defending player claims made against the NRL''.

One club official told The Sun-Herald: "They're celebrating making $56 million more in non-broadcast revenue, which is great, but it's costing them $50 million more to do it. The clubs are worried how much money the NRL is spending and if they could be even more profitable than they are now.

"The distribution to clubs as a share of revenue is at an eight-year low. The shareholders are receiving less as a proportion of NRL revenue than ever.''

Another club boss took a quick look at the expenditure and noted during the actual meeting: "The NRL should be making a $100 million profit.''

While there is support for NRL boss Todd Greenberg to succeed and be handed a new contract, the club bosses have made it known they are keen to see what vision he has for the game.

Other issues discussed amongst the club powerbrokers were ways to potentially get greater value from the $150 million five-year spend required to run NRL.com. Clubs are broadly happy with the service but want to know the investment will reap a dividend at some stage.

Questions were also asked as to why the Rugby League Players  Association should continue to earn their share of profit from the NRL's financial performance, especially given the RLPA were about to take the NRL to arbitration over their "no fault" stand-down rule.

Greenberg declared this week a huge reason for the profit was the tough stance the game had taken to sideline players like St George Illawarra's Jack de Belin as they await trial for serious offences.

Other interesting statistics listed in the annual report included a slight increase in participation rates, while the Broncos, Bulldogs, North Queensland, St George Illawarra and Gold Coast Titans were the only clubs to recorded a dip in their memberships.

The Newcastle Knights, however, recorded a staggering 14.7 per cent membership increase.

The club CEOs will meet again at Magic Round in Brisbane later this year.

There were no conversations about the next broadcast deal, and ARL Commission chairman Peter V'landys, who has created quite the immediate impression in clubland, simply confirmed to the CEOs he had made the hit-and-run trip to the US west coast to gauge interest from streaming giants like Facebook and Google.