Michael Schumacher celebrates his 52nd birthday today, but the German no longer sits unparalleled when it comes to F1’s greatest drivers. Lewis Hamilton recently matched his record of seven F1 Drivers’ Championships. So we’ll now take a look at what Schumacher said about the Brit.

BBC Sport recently shared footage from their archives showing Schumacher talking about Hamilton back in 2008.

And the Ferrari icon expressed a belief the Brit could better his F1 exploits, saying: “I really rate him very highly.

“Because what he has done, in such a short time since arriving and competing last year with Alonso and being very quick talks for itself.

“I think you need to look at the circumstance. They’re not always very clear, from the outside.”

When asked if any driver could dominate, and asked specifically if Hamilton could, Schumacher said: “I would say yes. 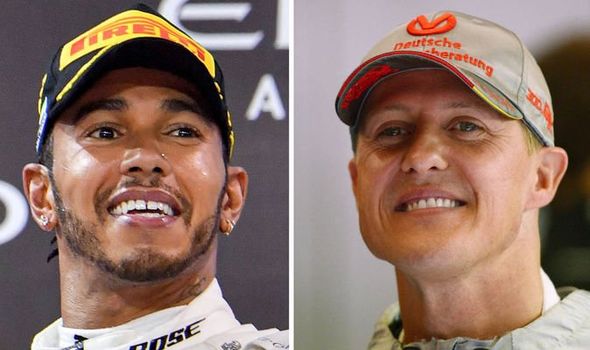 “Records are there to be beaten.”

Hamilton has won seven titles from 14 seasons, while it took Schumacher 19 to achieve the feat.

The Brit has more pole positions and front row starts than any driver in history and it was only this year the 35-year-old made history for the most victories.

Meanwhile, Sky Sports’ Martin Brundle recently expressed a belief that Hamilton will call time on his F1 career at the right time – unlike Schumacher.

“My gut feeling is he’ll stop a year early rather than a year late,” he said.

“He’s not going to hang on until the bitter end for a few more dollars, or just to be a Formula 1 driver, and nor will he need to. 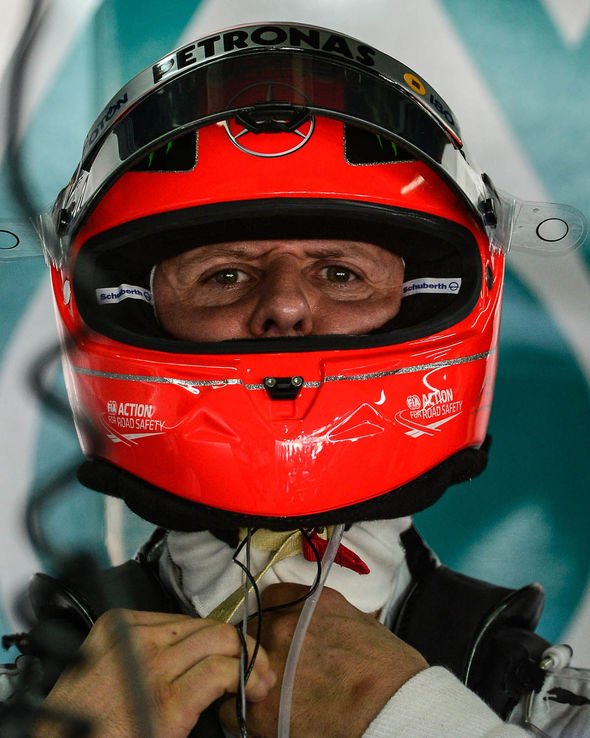 “He’s obviously got other ambitions in his life, but I can’t imagine why he would stop in the next five years, or certainly three. Why would he?”

Brundle can’t see any signs of deterioration in Hamilton, saying: “His eyesight, his reactions, nothing has fallen away.

“If you’re going to start fading, you’re on a gentle slope. And he doesn’t appear to have started that slope yet.

“Michael was in his 40s when he retired and he started making a lot of mistakes, and most of us did – you start having crashes at the end and you don’t know why that happened. That’s what it looks like Sebastian is to me, right now.

“Lewis has not got to that point, and nothing has been his match.” 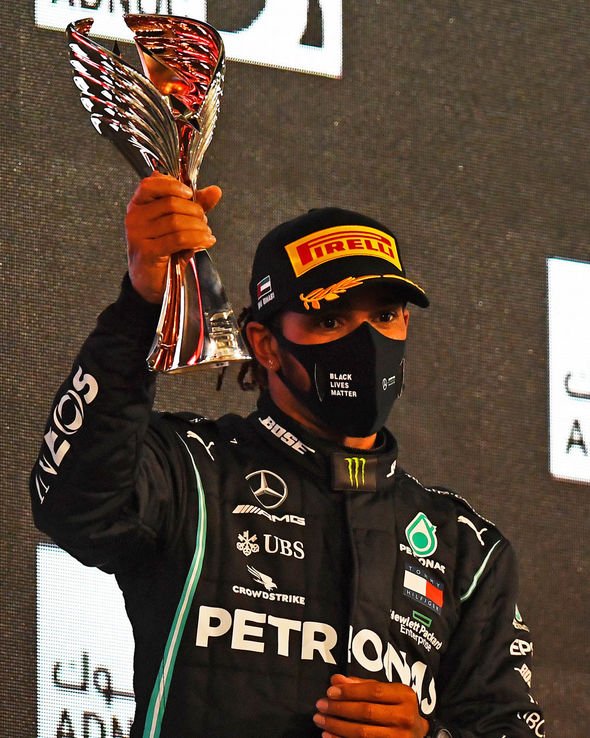 And Brundle believes Hamilton’s lack of mistakes set him apart from other drivers, adding: “I think what has stood out about Lewis over the years is how few mistakes he makes, how complete he is, and clean.

“He’s a clean racing driver which I think is a very important point.

“His work rate is also incredible, and that’s something you hear up and down the paddock. And his motivation.

“When you’ve got all of that success, money, and a trophy cabinet like that, to keep the motivation is super impressive.

“And he just never makes a mistake. In wheel-to-wheel combat, in qualifying… he’s 35, going on 25. He just doesn’t fade, mentally or physically.”