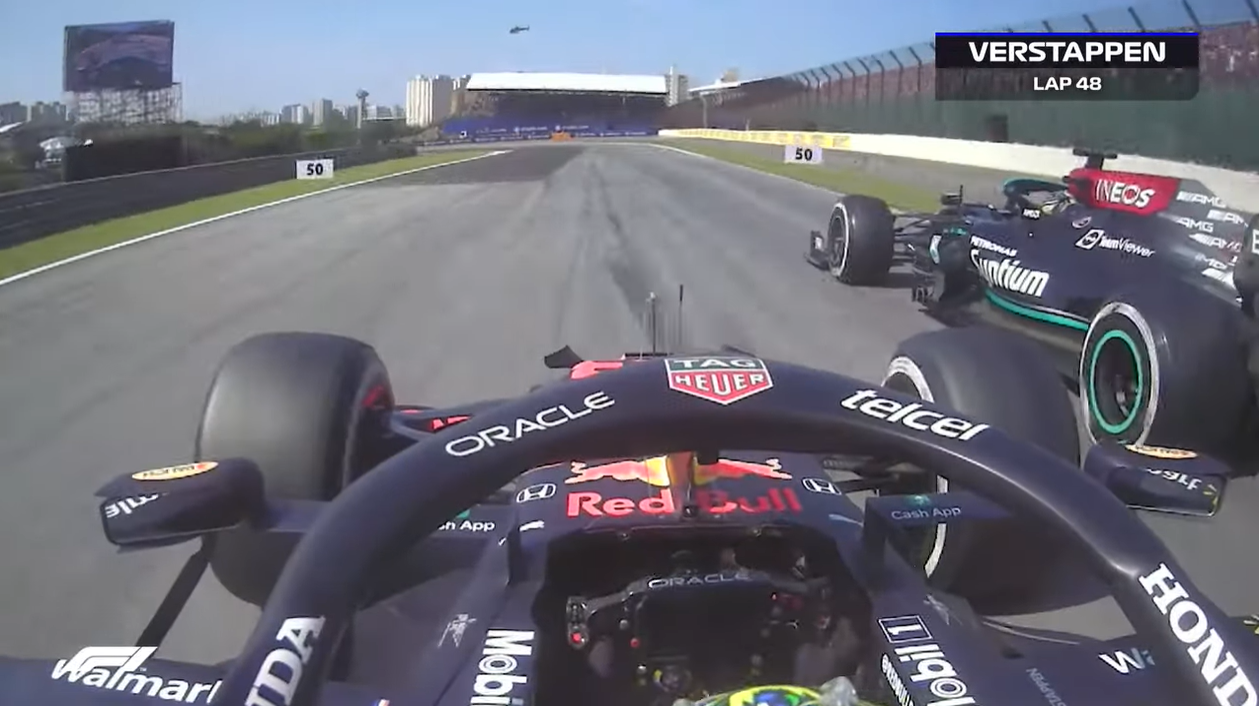 Max Verstappen’s onboard footage showing his incident with Lewis Hamilton at the Brazilian GP has finally been released, with Mercedes now pondering whether to request a review.

The two F1 title rivals were involved in another pulsating tussle at Interlagos on Sunday and things got particularly heated on lap 48 when Hamilton had nudged ahead of Verstappen on the outside only to be pushed off the track at turn four.

At the time, the FIA decided not to investigate the incident but it later transpired that race director Michael Masi was missing a key piece of video: Verstappen’s front-facing onboard camera.

Replays of the coming together initially only showed it from the perspective of Verstappen’s rear-facing camera, but the footage has now been downloaded from the car and released online.

While it is not quite the ‘smoking gun’ Mercedes might have been hoping for it, Verstappen does little to turn in as he approaches the kerb before fully locking left only once Hamilton had started to take evasive manoeuvres.

Understandably, fans are split over the incident with Red Bull supporters convinced the championship leader was turning sufficiently and simply carried too much speed into the corner while Hamilton’s fans feel Verstappen should be penalised and was trying to force the Brit wide.