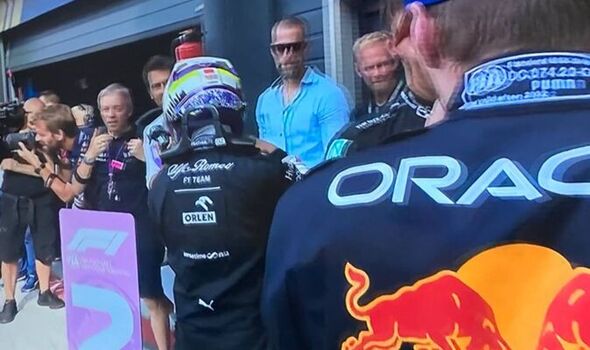 Lewis Hamilton and George Russell have formed a friendly partnership in their first year together at Mercedes, but the former’s cold shoulder after the Dutch Grand Prix hints at some cracks already. Hamilton was left furious and incensed in the final few laps of the race on Sunday after going from favourite to win to not even finishing on the podium.

An unusual retirement from Yuki Tsunoda appeared to ruin any chance Hamilton had of winning the race as Max Verstappen was given a free stop. There was another opportunity for Hamilton though when Valtteri Bottas stopped on the track, forcing a full Safety Car.

After Verstappen pitted for new softs, Mercedes opted to keep both Hamilton and Russell out and the latter was seemingly going to be used as a blockade to prevent the Dutchman from catching his team-mate. But Russell made the call a lap later to come in for softs himself, leaving Hamilton fully exposed to Verstappen at the restart.

Hamilton was livid and let his feelings clear on team radio when Verstappen soon overtook him before Russell then pushed his team-mate down to third. To add insult to injury, Charles Leclerc followed suit and pushed Hamilton out of the podiums with the Brit left licking his wounds. 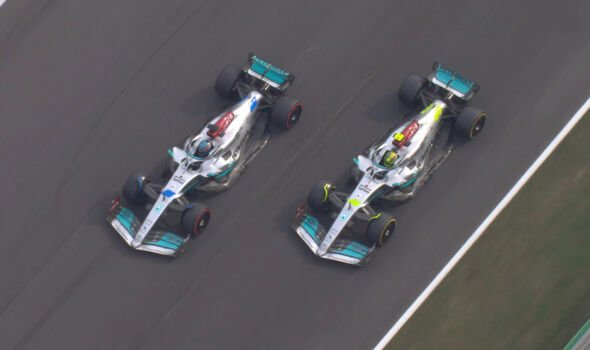 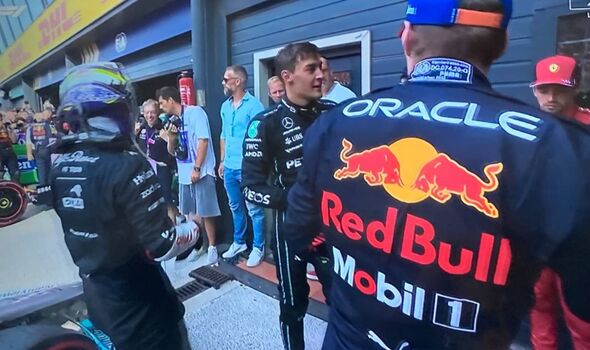 The most telling moment of Hamilton’s anger came in the pit lane while Russell, Hamilton and Leclerc were celebrating their own performance. While other drivers walked past and congratulated both Verstappen and Russell, Hamilton blanked his team-mate entirely before rushing back into the garage.

Toto Wolff had warned previously that he expects fireworks between Hamilton and Russell when the pair can eventually challenge for race wins. Sunday’s race was the first Grand Prix of the year that Mercedes were realistically able to challenge, and it clearly tested Hamilton’s patience.

The 37-year-old enjoyed a harmonious relationship with Bottas during their five seasons together, but Hamilton outperformed his former team-mate on a regular basis.

With Rosberg, the pair were neck-and-neck in every race and clashed on several occasions because of it. Wolff had to step in on a number of times to split the two up as things got heated in the debriefing room.

Hamilton apologised for his radio message after Sunday’s race and appeared to be concentrating more on the positives of Mercedes being up there challenging once more. But there wasn’t much harmony shown on track between the two Mercedes drivers and even less so in the immediate aftermath in the pit lane.

If Mercedes are able to continue battling for race wins until the end of the season then Wolff may well need to keep a close eye on the relationship between Russell and Hamilton. The last thing he will want is a repeat of the Hamilton-Rosberg relationship which spilled over off and on the track on too many occasions.