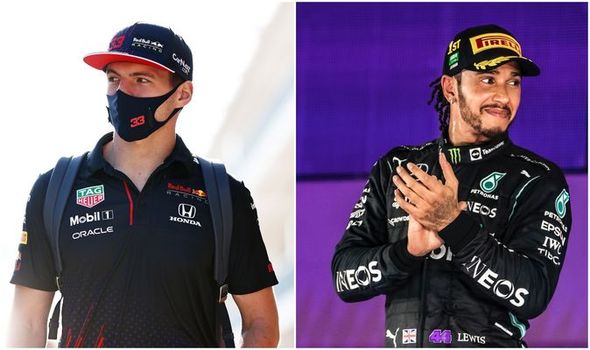 Lewis Hamilton and Max Verstappen will battle it out for the Formula One World Championship on free-to-air television due to an agreement made by Sky Sports, according to reports. The two drivers are incredibly level on 369.5 points ahead of the season’s finale at the Abu Dhabi Grand Prix.

Hamilton clawed his way back into contention to become the world champion for the eighth time after winning an enthralling Saudi Arabian Grand Prix last weekend.

The Brit came ahead of Verstappen, who finished second, and levelled the pair’s points on the overall leaderboard.

It was a race that was full of drama and included the customary clash between Hamilton and Verstappen.

At one stage, the Red Bull driver slowed down after being told to let his rival pass. However, Mercedes’ Hamilton had not understood and ended up crashing into the back of Verstappen.

The tense relationship between the pair has been the most gripping storyline of the 2021 season.

And now, the showdown clash in Abu Dhabi will be shown on freeview television for the nation to see who will be crowned the world champion.

According to The Times, Sky Sports have reached an agreement with Channel 4 to show the race.

Sky hold the rights to broadcast Formula One in the United Kingdom but Channel 4 will now also broadcast the Abu Dhabi Grand Prix.

It is a similar deal to the one Amazon Prime struck with Channel 4 to show the women’s US Open final in September.

Emma Raducanu incredibly reached the showdown of the tournament despite starting as a qualifier.

In most cases, whoever of Hamilton and Verstappen finishes ahead of the other will win the World Championship.

There is expected to be fireworks between the pair. Hamilton claimed that Verstappen goes “over the limit” for what can be considered safe driving.

Verstappen responded by insisted that it was simply miscommunication that prompted Hamilton to drive into the back of his car. The Belgian was largely blamed for the collision.

“They told me to give the position back, and so immediately when I heard that on the radio I just pulled off to the right,” Verstappen added.

“I was showing that I was going to move over, and I braked, downshifted, and he just stayed behind me.

“So I was just looking in the mirror and I’m slowing down and I think there was a bit of a miscommunication and he ran into the back of me.”
Source: Read Full Article