Lewis Hamilton discusses his experience with race at Formula 1

Lewis Hamilton has commented on his winless run in 2022 after achieving an unwanted statistic to his name. This year marks the first time the Brit has failed to win a race within the first ten Grand Prix events of a season since he began his F1 career in 2007.

The seven-time champion was in a strong position to claim the chequered flag at Silverstone this past weekend but an untimely safety car and a slow pit stop scuppered his chances. Although he is still searching for his first win in the ongoing campaign, Hamilton has remained unphased by his winless run.

“It’s not a strange feeling at all,” the Mercedes driver told reporters after the British Grand Prix. “I’ve definitely had years in my career where I haven’t had wins for a period of time.”

The motorsport legend has reason to be optimistic however, as he has made gradual improvements over the last three races. After crossing the line fourth in Azerbaijan, the 37-year-old has registered consecutive podium finishes in Canada and Britain. 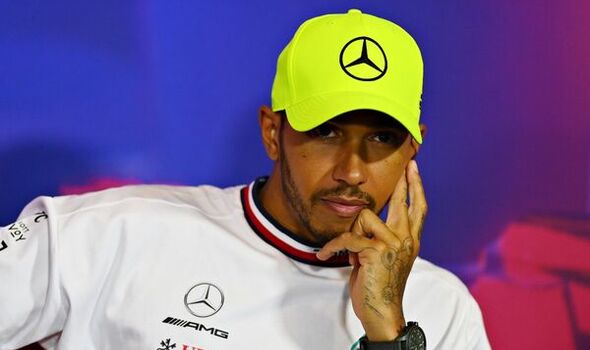 After enjoying arguably his most successful weekend of the season so far and with the upgrades working well, Hamilton has hope for what the Silver Arrows can achieve moving into the next stage of the season. “The progress that we’ve made over the past couple of races has definitely given us hope that there’s more to come,” Hamilton added.

“There is potential in this car and we just have to keep doing our due diligence, keep our heads down, stay focused and not give up.” Hamilton also earned a bonus point after clocking the day’s fastest lap on his final circuit, a further sign that Mercedes’ latest roll-out of upgrades did the job.

Having posed a much stiffer challange to them over the last couple of races, Hamilton now has Ferrari and Red Bull in his sights. “We’ve made a step closer to them. So we’ve got to keep pushing,” he added. 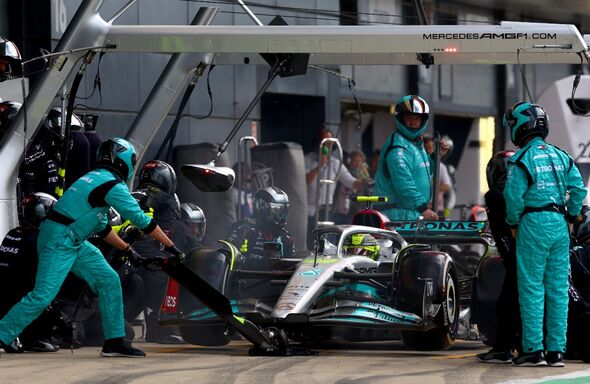 “The fact that we were able to follow and dice like that, lap on lap, is a testament to the direction I think that we’re now in. I was just grateful that I could be in the battle. Because I’ve not been in that fight for a while.”

“For a good period of time, I was matching the Ferrari’s pace, and even better at some stages. And we got the quickest lap at the end,” he continued. “I think the race pace was definitely improved. That’s been our strongest part of our car, I think, this year in general. But it’s definitely helped us get a little bit closer. I don’t think we’re in a winning position yet. But we’re not far away.”

Hamilton remains sixth in the drivers standings and is now just 18 points behind teammate George Russell, who failed to score at Silverstone after being involved in the frightening crash at the start of the race.