Lewis Hamilton admits disqualification left him ‘DEVASTATED’ before charging to fifth from last in Brazil sprint race, which left team boss Toto Wolff vowing ‘f*** them all’… but title rival Max Verstappen still has ‘suspicions’ over the Mercedes

Lewis Hamilton has admitted that disqualification from qualifying ahead of the Sao Paulo Grand Prix left him ‘devastated’ before he performed an incredible recovery drive in the sprint race.

Hamilton had dominated qualifying for the event at the Interlagos circuit in Brazil, but his rear wing was found to have broken technical regulations following Friday’s drama, in regards to opening too much while being used for the drag reduction system (DRS)

This saw him disqualified from the session, but after starting from the back of the grid on Saturday, he powered through the grid from 20th – and last – to eventually finish in fifth place. 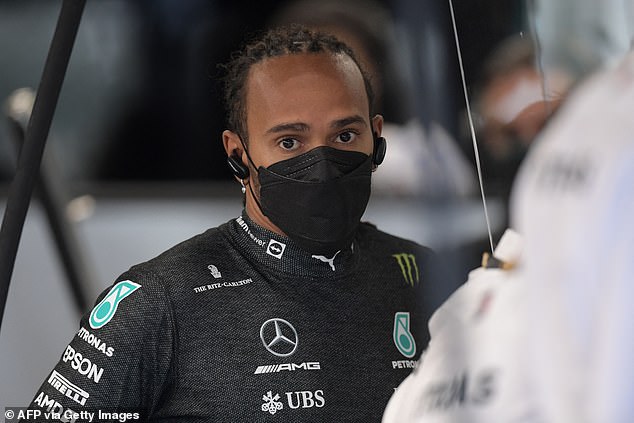 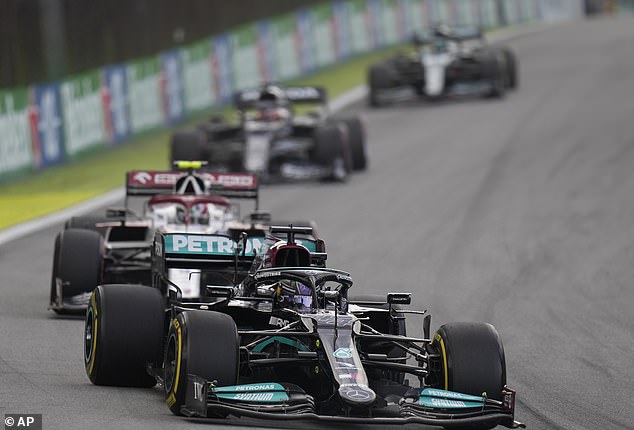 With a five-place grid drop already in force for changing an engine earlier in the weekend, it means he will start Sunday’s Sao Paulo Grand Prix from tenth place as he looks to rekindle his hopes of an eighth world championship.

Hamilton admits though that the ruling against him was a tough one to take given it came 18 hours after his car was first under investigation – a delay that came after it was discovered Hamilton’s title rival Max Verstappen had illegally touched the Brit’s rear wing following the session.

‘It was definitely tough [waiting for the decision]. The team were working with the stewards. I was just working with my engineers and keeping morale with mechanics high and focusing on the job at hand and not think about it,’ he told Sky Sports. 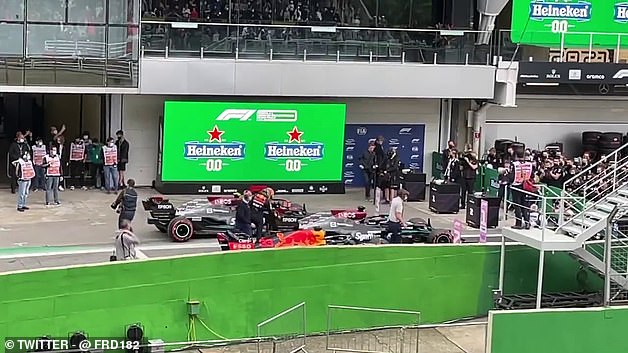 ‘[On the punishment] It was devastating, but you have got to keep your head down and keep going.’

Hamilton’s storm through the field had many in the Mercedes team pumped up including team boss Toto Wolff, who after the raced greeted Hamilton over the radio by saying ‘f*** them all.’

Wolff claimed his comments were of a mindset rather than aimed at anyone in particular, before stating his team were in good shape after Valtteri Bottas’s sprint race victory. 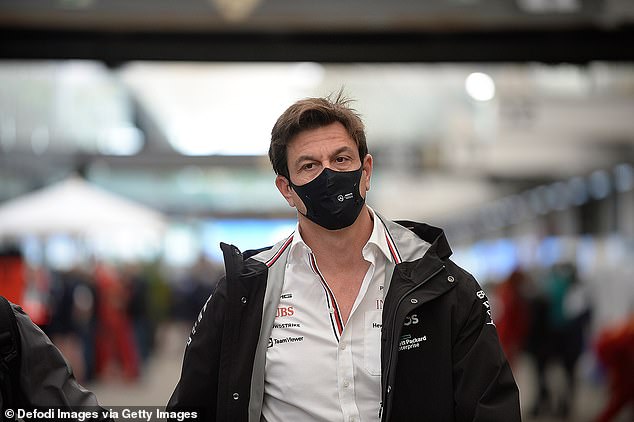 ‘I didn’t mean it towards any regulations,’ he said. ‘It’s a mindset we have when there is hardship. The point is that yesterday the car was tested and two hours before the race we were disqualified, it was sad. There are processes to follow and we had cars in breach of regulations.

‘Sometimes after the greatest of frustrations with F1 you see an awesome 60 minutes with Valtteri in total control. We had a great car.

‘He wasn’t letting other get close. Lewis did 15 overtakes to finish fifth. It was great to forget politics and watch great racing.’ 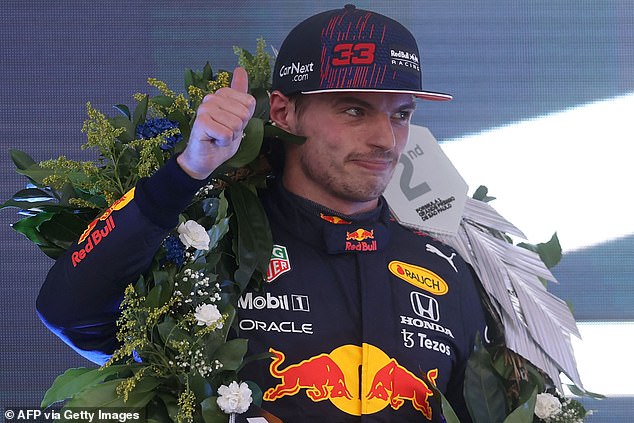 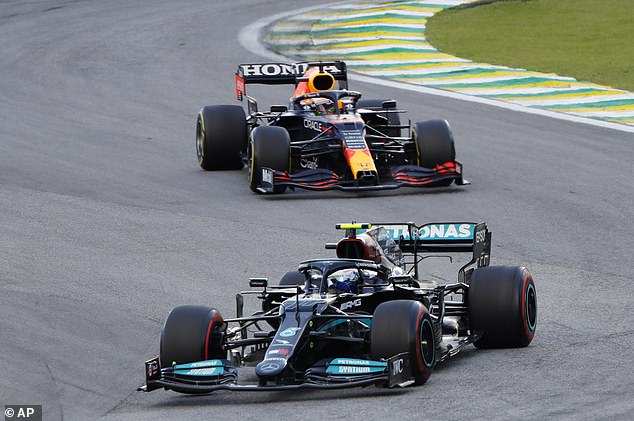 Verstappen meanwhile was fined a maximum of £43,000 for his breach of parc ferme rules in touching another car, and endured a poor sprint race after losing the lead to Bottas at the first corner before finishing second – albeit opening his world championship lead up to 21 points over Hamilton.

The Dutchman admitted after the race that the reason he was checking Hamilton’s rear wing on friday was because he believes Mercedes are gaining an unfair advantage, although Mercedes boss Wolff has stated his team, aside from Friday, have always been in compliance with the rules.