Fernando Alonso disagrees with Lewis Hamilton ahead of Italian GP

Lewis Hamilton has disagreed with Fernando Alonso over his chances to work his way through the field at the Italian Grand Prix. Hamilton will start from 19th after being issued a back-of-the-grid penalty for taking on new engine parts.

In qualifying, the Mercedes was a massive 1.3 seconds slower than polesitter Charles Leclerc as the Silver Arrows appeared to lack pace. This has concerned Hamilton, with the seven-time champion predicting he could get stuck in the midfield this afternoon.

He said: “I was behind Valtteri Bottas in practice and I couldn’t catch him or pass him. So I hope I don’t get stuck tomorrow. But I imagine I will be in a DRS train, and we will just be sitting there and hoping for chances through strategy and tyre degradation from other drivers.

“I was thinking of taking my iPad with me in the race and, when I am in a DRS line, I will just watch the new Game of Thrones.” However, Alonso admitted he didn’t feel it would take Hamilton long to work his way through the pack. 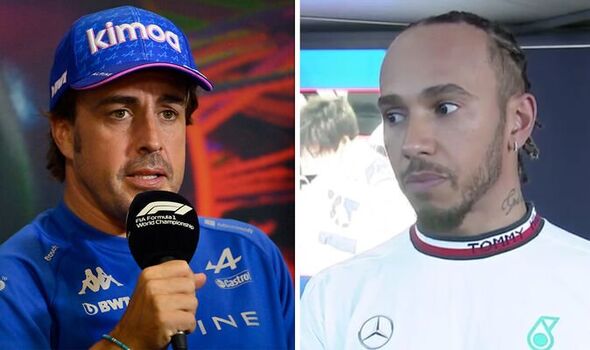 He stressed other drivers with penalties such as Carlos Sainz and Sergio Perez should also be able to get through. Addressing concerns over passing, Alonso claimed the DRS would make it possible to get through halfway down the straight.

He explained: “I think Carlos, Checo and Lewis will make a lot of moves, so you will watch and have fun.” Alonso added: “We tend not to wait for the very last moment to make the move so all the overtakes now, thanks to DRS, are made in the middle of the straights.

“So this should not be a problem.” Hamilton’s former title rival, Max Verstappen, appeared to write off the Silver Arrows’ chances after qualifying. 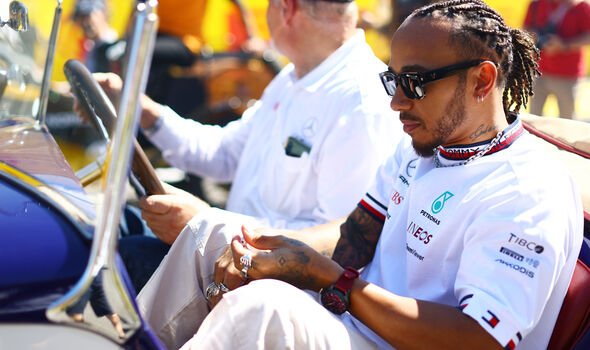 But, the reigning champion appeared to back Hamilton’s assessment that it could be difficult to pass in the race. The Dutchman will line up seventh on the grid after taking a five-place penalty before qualifying.

It means he has to get through a string of cars to fight for victory including Hamilton’s Mercedes team-mate George Russell Verstappen commented: “[Mercedes and McLaren] were quite far off in qualifying so I am not really expecting them to be a big threat but I am hoping it is not going to become a DRS train because then it becomes really difficult for me to pass them.”