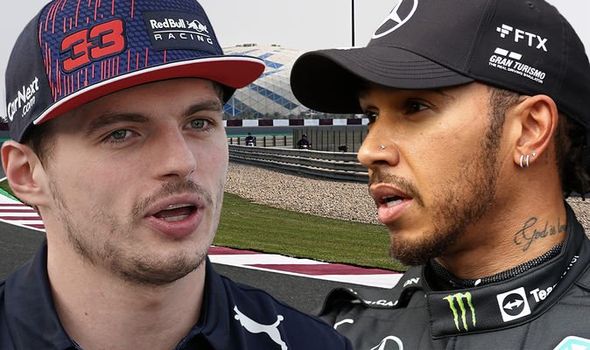 Formula One’s lens is firmly fixed on the Red Bull and Mercedes garages as we wait to find out today whether or not Max Verstappen will be hit with a penalty. Mercedes had a right of review heard yesterday following new evidence of an incident involving Verstappen and Lewis Hamilton from the Brazilian Grand Prix.

And it is currently being decided whether or not the FIA will delve into the matter today. If it is, a decision will then be made on whether Verstappen’s manoeuvre unfairly impeded Hamilton.

The result is expected today with the Brazil stewards to decide whether new footage shows Verstappen should now be punished for taking Hamilton off track, though no contact was made between the two.

Mercedes will be arguing the new clip shows Hamilton’s title rival did not turn in enough heading into Turn 4 and forced him off track.

While Red Bull will be saying that the incident was fair hard racing and that the new clip does not change the outlook of the incident.

Regardless, Hamilton won the race to cut Verstappen’s lead in the Drivers’ Championship to 14 points and needs another strong weekend here in Doha to further trim that lead if he is to win an eighth title this season.

We’ve got the first two practice sessions of the Qatar weekend at the new-to-F1 Losail International Circuit today and there’ll be plenty of other talking points to discuss.

Stick with Express Sport for all the F1 updates you need throughout the day below.

Max Verstappen will learn today whether or not his Brazilian Grand Prix manoeuvre on Lewis Hamilton is deemed worthy of punishment.

The Dutchman was not penalised on race day at Interlagos but could still be handed retrospective action.

The stewards from Brazil held a video conference with Mercedes and Red Bull representatives yesterday to look over whether or not the matter should be re-examined.

An FIA statement read: “Following today’s hearing with representatives from Mercedes and Red Bull, the stewards are now considering the matter and will publish their decision tomorrow.”

It is currently unclear what exact time we will find out if the stewards into to look into it and potentially penalise Verstappen.

Lewis Hamilton is demanding F1 as a sport stand up and make their voices heard over human rights matters ahead of the first ever race in Qatar.

The Briton declared: “I do think as sports go to these places, they are duty-bound to raise awareness for these issues.

“These places need scrutiny. It needs the media to speak about these things. Equal rights is a serious issue.

“However, I am aware in this place they are trying to make steps and it can’t change overnight.

“I just feel that if we are coming to these places, we need to be raising the profile of the situation.”

We’re one day closer to the weekend and the Qatar Grand Prix action gets underway today with FP1 and FP2.

We’ve also got the small matter of waiting to learn whether or not Max Verstappen will face FIA punishment for his incident with Lewis Hamilton in Brazil last weekend.

We’ll have updates for you throughout the day so stick with us!