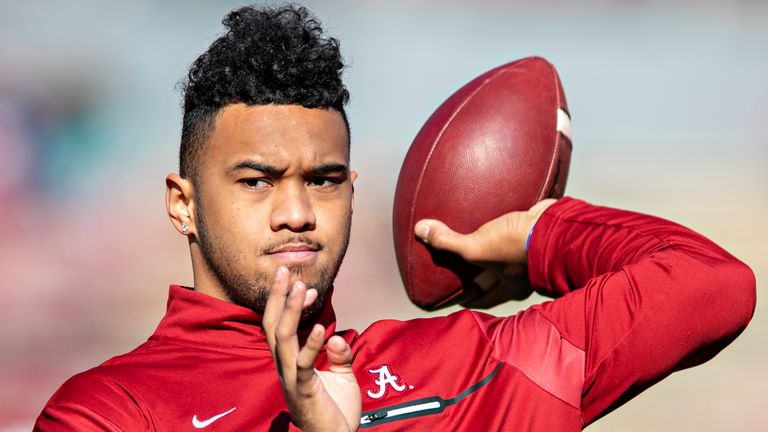 Head coach Ron Rivera has admitted “everything is possible” as the Washington Redskins decide what to do with the second overall pick in the draft.

Despite selecting quarterback Dwayne Haskins with the 15th pick last season the Redskins have scheduled meetings with both LSU’s Joe Burrow and Alabama’s Tua Tagovailoa, ranked as the top two prospects as the QB position this year.

A change in backroom staff and head coach can often lead to a shift in direction for an organisation. Kliff Kingsbury’s decision to draft Kyler Murray with the No 1 pick just a year after the Arizona Cardinals drafted Josh Rosen highlights the precarious position for Haskins.

“Everything is possible, everything is an option,” said Rivera as he spoke to the media at the NFL Scouting Combine.

Haskins struggled through much of his first season in the NFL finishing the year with a 2-5 record as a starter, registering seven touchdowns and seven interceptions across the nine games he featured in.

Rivera though made sure to praise his young quarterback.

He said “I think we have a very good, young player, the more we break down, the more we learn about him, I think it puts us in a pretty good spot.