As ever with Tommy Fleetwood, the tone was measured and the words considered — but he made no secret of his displeasure at finding himself in the middle of a storm following some ill-conceived comments by controversial American Paul Azinger.

Speaking for the first time about Azinger’s lofty dismissal of his five wins in Europe and the European Tour in general — Azinger thinks players have to win in America to prove themselves — the Merseysider made a point that ought to provide the 2008 US Ryder Cup captain with food for thought.

‘There’s a few layers to this and one that should be considered is the effect such comments can have on a player’s mental health,’ the 29-year-old told Sportsmail. 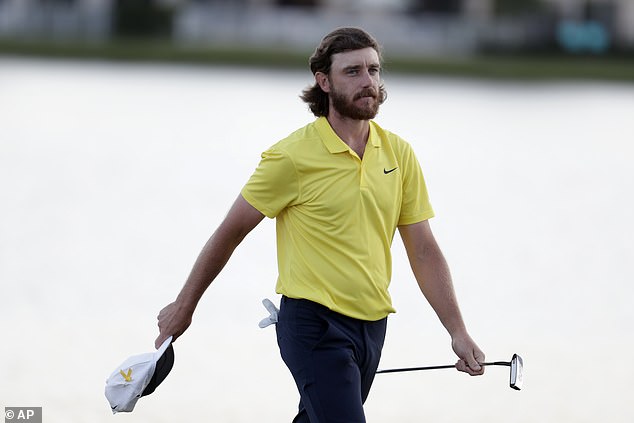 ‘It won’t bother me, but some players could see it in a very bad light. Imagine if you’re doing great in your career, you’ve won a few times and getting closer and closer to the winning line in America, and then you’re faced with a harsh statement like that?’

Fleetwood added: ‘It was a disappointing two minutes of conversation. I get that he’s now a commentator on American television and trying to promote the PGA Tour, and yes, it’s true we do all want to play here at some point. I just thought he was being particularly disrespectful to the likes of Colin Montgomerie and Lee Westwood. I mean, how much more could they have done?

‘Then he tries to backtrack and says that players choke because of the amount of cash at stake in America. Well, I’ve just won a tournament in South Africa with a $2million first prize, so that’s not right either.’ 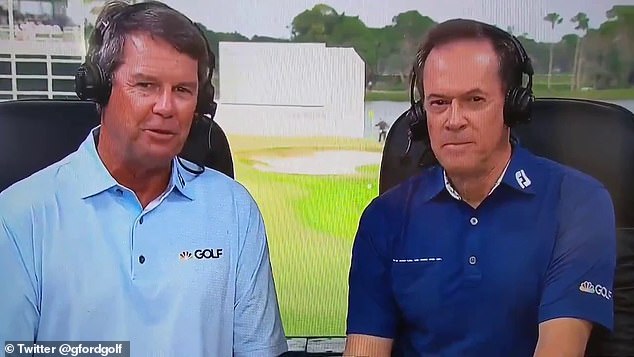 Azinger has not contacted Fleetwood since making his remarks at the Honda Classic on Sunday, although he will be commentating on the Arnold Palmer Invitational, beginning today, where the Englishman hopes to continue his rich vein of form. Fleetwood has finished in the top three in four of his last six events and you have to go back almost two years to find the last time he missed a halfway cut.

‘Of course I want to win in America for the first time but I can hardly complain,’ said Fleetwood, now back in the world’s top 10. Asked how long it took him to get over Sunday’s near miss, when he found the water at the 18th to lose by two shots, he smiled.

‘There’s a lot of worse things going on in the world than me hitting a bad five wood,’ he said. Also playing here is another man in form — Rory McIlroy, who has finished fifth or better in each of his last six events.