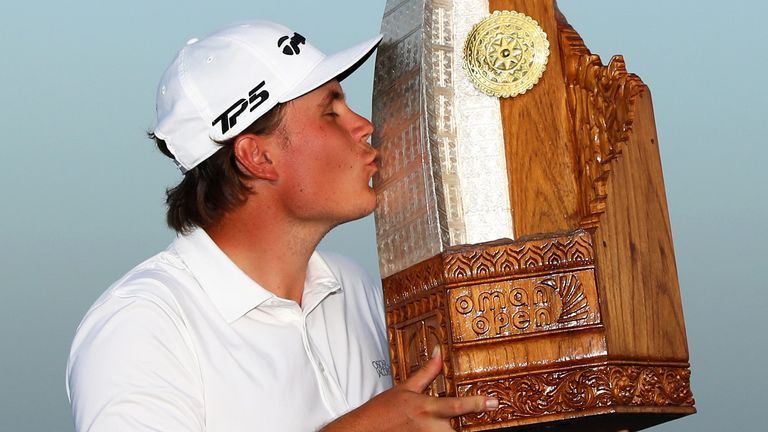 Sami Valimaki snatched a maiden European Tour title after defeating Brandon Stone in a play-off at the Oman Open.

Valimaki holed a 20-foot birdie at the last to close a two-under 70 at Al Mouj Golf and join Stone on 13 under, before beating the South African with a par at the third extra hole.

A penultimate-hole bogey saw Adrien Saddier finish a shot off the pace in third ahead of Guido Migliozzi and Mikko Korhonen, while England’s Jordan Smith ended four strokes back in tied-sixth. “It’s awesome,” Valimaki said. “There are not many words to say, it’s unbelievable. After the ninth hole when I made a double I knew that the 10th hole is good and I had to make a birdie on that.

“I didn’t make a really good par on 11 and after that bogey I felt like, ‘okay this is gone’. But then I just grinded, made three birdies and on the last, an awesome birdie.” Starting the day in a six-way tie for the lead, Valimaki rolled in an eight-footer at the second and bounced back from a blemish at the fourth by birdieing the par-five seventh and adding another from 12 feet at the next.

Valimaki racked up a double-bogey at the ninth after finding a bunker with his approach and then flying his third shot over the green, only to bounce back with a ten-foot gain at the tenth.

The Finn bogeyed the next and cancelled out a birdie at the 12th with a blemish at the 14th, before getting up and down from off the 16th green and picking up a shot at the last to extend the contest.