Rory McIlroy as King Canute. It is a potent image. Sitting there on his throne as the symbol of golf as it has always been while a flood of Saudi cash washes in and threatens to submerge all he holds dear. He has commanded the irresistible force to retreat but still it comes, a destructive tide lapping at his feet, rising inexorably.

McIlroy is going nowhere though. He has chosen to face down the threat and face it down he will to preserve the game he loves. When McIlroy pitches up at Wentworth this week for the BMW PGA Championship he will do so to the warmest of ovations from the thousands in the galleries. He is used to that. It has happened wherever he has played throughout his career.

Yet in these tempestuous times for golf the fondness will run a little deeper. He has stayed loyal when so many of his peers have been seduced by the money – including, this weekend in Boston, the man that beat him to the Claret Jug at St Andrews in July, Cam Smith.

But he has become more than just McIlroy the golfer, he is now McIlroy the statesman, orator and leader too. In many ways he has become golf’s conscience. When McIlroy speaks, his voice carries and he has pulled no punches over what he thinks of the LIV Golf uprising. After winning the FedEx Cup a fortnight ago he said that he hates what it is doing to the sport.

To Greg Norman and his Bond villain-style plan to take over the sport, McIlroy represents a problem. He has a charisma about him that Norman may recognise in himself – and some of the same determination too. He is a foe the LIV chief would not choose to oppose. 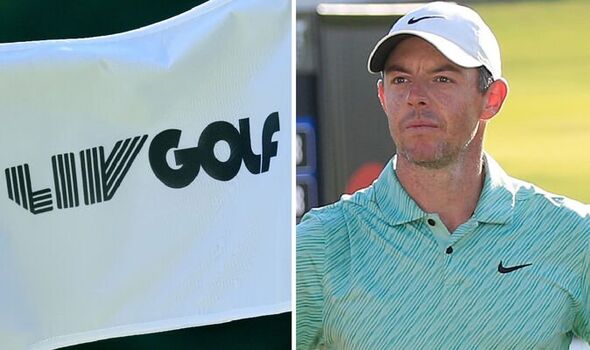 Much as Norman would dearly love to have the most exciting player in the game bar none on his books – a player you cannot help pulling for whatever your creed, colour or religion – he knows McIlroy is not for turning. He is a committed refusenik who will never countenance joining the breakaway circuit however many noughts are on offer.

Leaving aside the morality of conducting business with Saudi Arabia – the government does plenty, as do countless major companies as well as many other sports – LIV Golf represents an existential threat. It wants to supplant the traditional tours at the top of the game. Thwarting the rebels’ advance on a broader front has almost become a personal crusade for McIlroy.

For all that he plays an individual sport, McIlroy is instinctively a team player. You only had to witness his tearful reaction to letting Europe down at the last Ryder Cup to see that. The PGA Tour and European Tour are his teams. You sense the Northern Irishman feels the role he has taken on as their defender is some sort of calling, something bigger than just knocking a little white ball in a hole.

The cracking iceberg of the PGA Tour was stabilised last month when, with the help of Tiger Woods, he persuaded the remaining top players to pull together and put up a united front to fight off the LIV threat. Now for Europe where the argument is more nuanced given the Tour ran an event in Saudi until relatively recently. 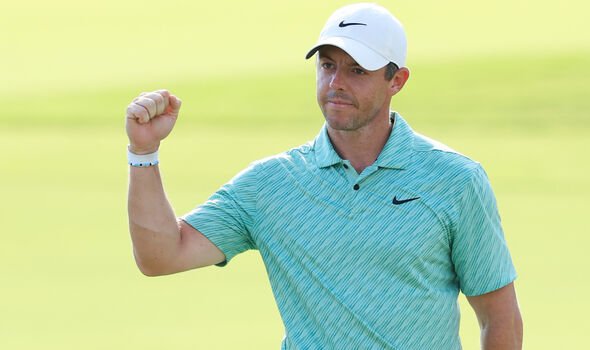 McIlroy has focused his attack on the 16 LIV players who have chosen to play in the BMW PGA Championship this week. His view is that having taken the LIV cash, they should stay away from Wentworth. Gatecrashing the European Tour, when LIV’s arrival is threatening to destroy it, puts them squarely in cake-and-eat-it territory – much more so than at the Majors.

Some like Lee Westwood see their participation, whatever the change in their circumstances, as the extension of an annual tradition. For others like Mexico’s Abraham Ancer and America’s Talor Gooch, starved of opportunities to play on the PGA Tour after their bans, this appears to be a cynical attempt to prop up their world ranking.

Either way, in McIlroy’s view – and that of the European Tour who have banned them from the pro-ams and the TV featured groups – they are not welcome. Ironically, with the likes of McIlroy, Jon Rahm and US Open champion Matt Fitzpatrick playing, the rebels’ presence gives the BMW PGA Championship its deepest, but most fractured field for some time.

It could be an uncomfortable week but do not expect McIlroy to back off. He can be the man to turn the tide.