England’s Oliver Wilson holed two massive birdie putts in quick succession as he ended an almost eight-year victory drought in dramatic fashion in the Made in HimmerLand event.

The world No 745 converted from 65 feet for a birdie on the 13th, then amazingly repeated the feat on the 17th to take the outright lead.

Wilson, who had not recorded a top-10 finish on the DP World Tour since a tie for fourth in the same event in 2019, held his nerve to par the last — hitting his drive off a small mound of turf instead of a tee — to finish a shot ahead of Scotland’s Ewen Ferguson. 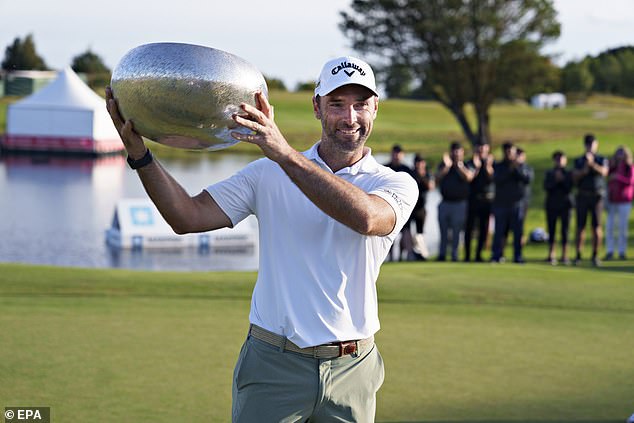 ‘It’s kind of hit me now,’ an emotional Wilson told Sky Sports. ‘Give me a minute. I said I wasn’t going to cry. Everything I’ve done to this point to rebuild my game, I knew I could do it. I was so calm there, I almost enjoyed the last hole.’

Wilson had started the final round in a four-way tie for the lead with Ross McGowan, Matthew Southgate and Francesco Laporta, but missed a number of good birdie chances as he covered his first 12 holes in one under. 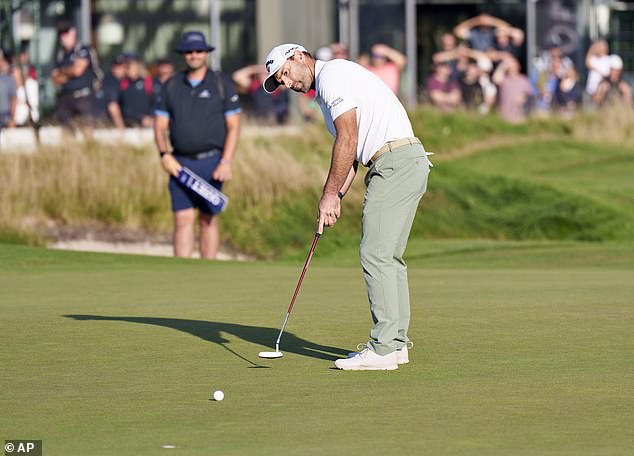 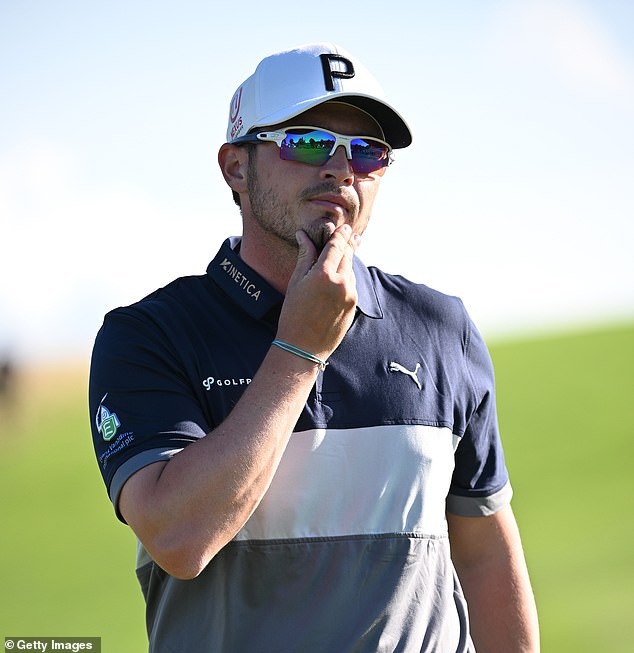 Ferguson, who was seeking a third win of the season, began the day two shots off the pace, but made two birdies and an eagle on the front nine. He finished on a 20-under-par 66.

Norway’s Kristian Krogh Johannessen carded a closing 65 to finish third on 18 under, with McGowan, Southgate, Laporta and Matthew Jordan another stroke back.