A truly shocking LIV development took place at the BMW International Open in Munich on Thursday: one of the players signed up for the Saudi-backed rebel tour actually played well.

To the sound of one-handed clapping, no doubt, in the locker room at this DP World Tour event where the LIV men are about as welcome as Saudi henchmen, Martin Kaymer shot a 66 to be tied fourth following the first round.

No doubt the Saudis will give him another $10million for his efforts when he turns up in LIV world in Portland, Oregon, next week. As for whatever future the German, now down to 224th in the world, has left in the mainstream game, all should be clear on Friday when the tour finally issues its stance on what disciplinary action to take against the LIV rebels. 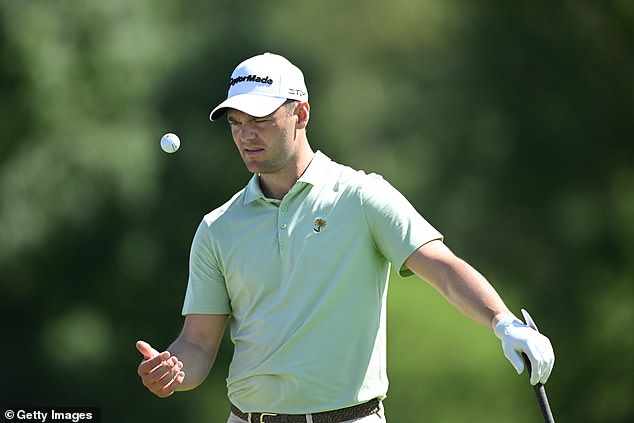 At the very least, they will be banned from playing in the showpiece Genesis Scottish Open next month, as it is a tournament sanctioned with the PGA Tour. The big question is whether the suspension will follow the lines of the American model and be an indefinite ban, meaning players like Lee Westwood, Sergio Garcia and Ian Poulter would need to seek redress through the legal system to have any future involvement in the Ryder Cup.

As for the other LIV mercenaries in Munich, picking up one last appearance money cheque — they never stop, do they? — before heading to Oregon, it is indicative of how they are now regarded by those who have stayed loyal that they were all drawn with each other for the first two rounds.

In America, the lines have been well and truly drawn, with Max Homa the first player to take up PGA Tour chief executive Jay Monahan’s battle-cry to fight for the game in its current form.

‘I’m sorry we’ve left Rory McIlroy to do all the speaking, it’s not right,’ said the American, who has come into his own over the last couple of years. 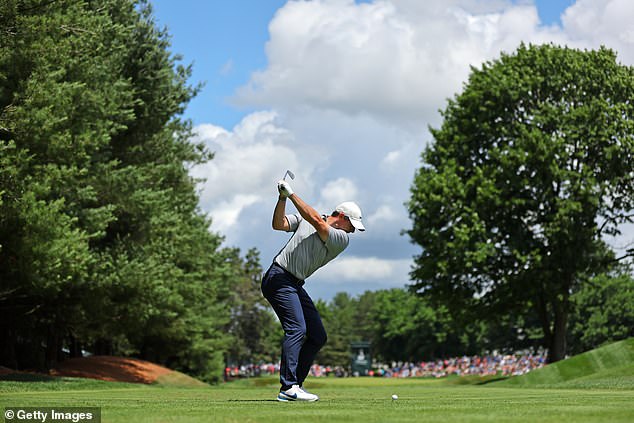 Speaking to the No Laying Up podcast, he added: ‘It’s ironic that if it all went pear-shaped we’d make lots more cash with LIV because they are offering unthinkable amounts. But while you can buy a tour you can’t buy my dreams and my ambitions and I think I speak for a lot of the younger guys. It’s hard because I don’t have Rory’s platform but I really want my voice to be heard and tell him that I’m with him.’

As for McIlroy, he is playing for a fourth week in a row at the Travelers Championship in Connecticut, in addition to attending PGA Tour board and player meetings and being the No 1 spokesman for his sport every week.

Tired? He has to be but it never showed as the Northern Irishman continued his remarkable run of form with a marvellous 62 to be the early first-round leader, one ahead of American Xander Schauffele and Scotland’s Martin Laird.

Let’s hope Rory’s got something left for the 150th Open at St Andrews next month.