Jon Rahm has hit back at his friend and LIV Golf defector Phil Mickelson for his assessment of the PGA Tour’s trajectory, after he suggested it was ‘trending downwards’.

Rahm and Mickelson have long been friends since the former attended Mickelson’s alma mater, Arizona State University, and was coached by the 52-year-old’s brother.

Since Mickelson’s controversial defection to the new Saudi-backed series, Rahm has not been overly critical of Mickelson.

In April, Rahm went as far as to say his legacy ‘shouldn’t change’ despite causing controversy with comments about LIV Golf’s wealthy backers and the PGA Tour. 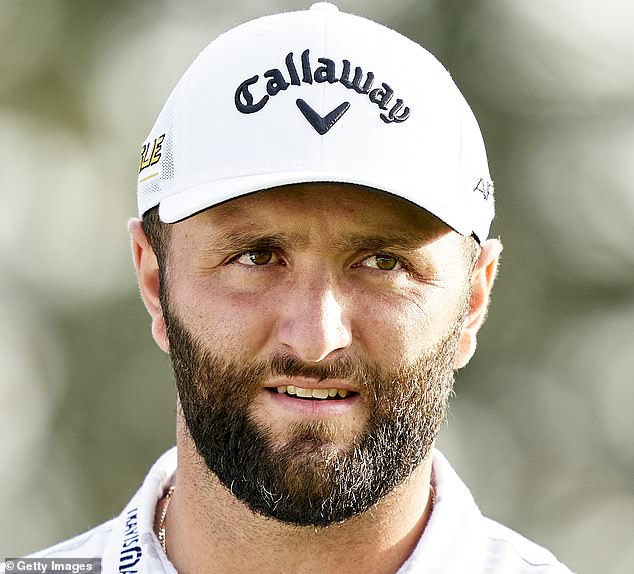 Yet Tuesday, Rahm fired back at Mickelson after recent negative remarks regarding the PGA Tour, of which Rahm is still a member.

‘I love Phil, but I don’t know what he’s talking about,’ Rahm said Tuesday at Congaree Golf Club.

Mickelson further angered his detractors last week at a news conference for the LIV Golf Invitational-Jeddah in Saudi Arabia. 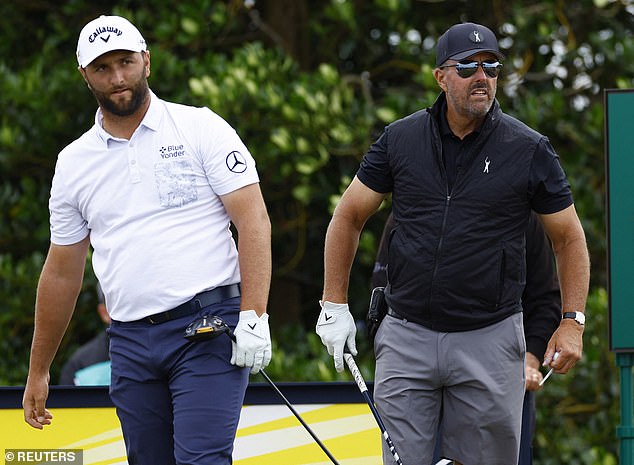 The six-time major winner said he was glad he was on the ‘winning side’ of golf’s civil war. ‘I think going forward you have to pick a side,’ Mickelson stated last Thursday. ‘You have to pick what side do you think is going to be successful.

‘And I firmly believe that I’m on the winning side of how things are going to evolve and shape in the coming years for professional golf.

‘And… until both sides sit down and have a conversation and work something out, both sides are going to continue to change and evolve. And I see LIV Golf trending upwards, I see the PGA Tour trending downwards and I love the side that I’m on.’ 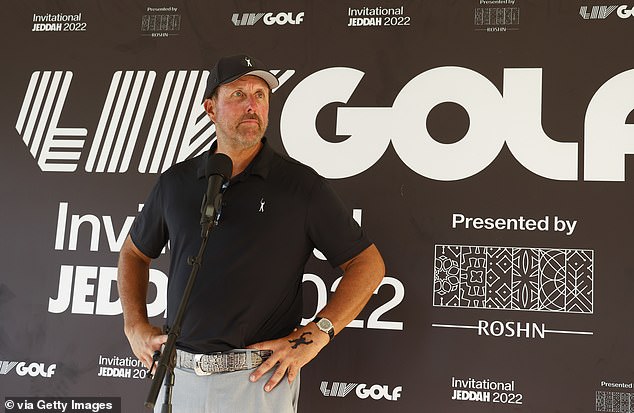 Mickelson told reporters from Saudi Arabia on Thursday that he’s glad to have joined the ‘winning side of golf’ by switching to LIV, despite the tour not having any world ranking points

Since, the PGA Tour has revealed the four tournaments to be the first in the rotation to receive increased purses of at least $20million in 2023. As the two competing golf circuits continue their war of attrition, the PGA Tour is making more money available to its membership.

Rather than pursuing global events, as was once planned, the Tour has decided upon increasing the size of the purses for 13 tournaments with an average of $20m for each.

The tour has guaranteed a minimum salary of $500,000 to rookies, which can be received up front, and lower-ranked players will get a $5,000 stipend for each missed cut.

Additionally, the top players have committed to playing at least 20 tournaments per year – which can include the four majors. 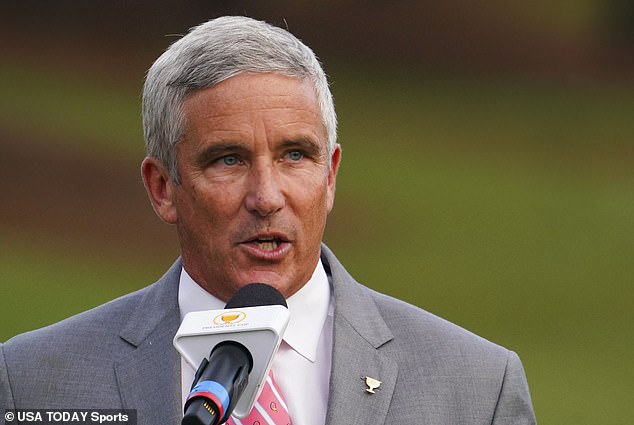