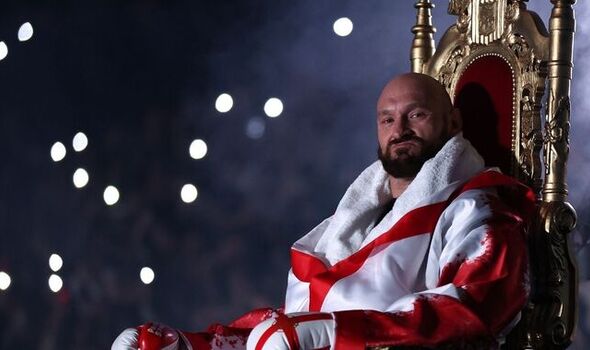 Fury is widely regarded as the best heavyweight of his generation after legacy-defining victories over Wladimir Klitschko and Deontay Wilder and is the current No 1 fighter in the division. His elusive style and punching prowess has earned him comparisons to the great Ali in the past.

WBO, WBC and Ring Magazine super featherweight champion Shakur Stevenson received a mixed response when he said the same thing last month. “I’m about to say something that’s going to make you all mad,” Stevenson said to the Top Rank documentary cameras while he watched Fury vs Dillian Whyte from ringside. “Tyson Fury would beat Muhammad Ali.

Usyk drafts in sparring partner with ‘better skills’ than Joshua

Fury recently announced his retirement after stopping Whyte in April at Wembley Stadium. Since the announcement, however, The Gypsy King has continued to train twice a day and has not been given a deadline to vacate his title by the WBC. Fury’s US promoter, Bob Arum, remains confident that the powerful Mancunian will step back into the ring to face the winner of Anthony Joshua vs Oleksandr Usyk on July 23.

Speaking to Fight Hype, Arum said: “Well, I think Fury is going to wait to see how the Joshua fight comes out with Usyk, and then he’ll make a determination whether he wants to continue. Other than fighting the winner of Joshua-Usyk, there’s really nothing that’s really of interest to Tyson Fury, so we will have to see.”

Regardless of whether he faces the winner of Joshua-Usyk, Fury has verbally agreed to a hybrid boxing bout with UFC heavyweight champion Francis Ngannou in 4 oz MMA gloves. No date or venue has been confirmed as of right now, but the contest is expected to take place in early 2023.