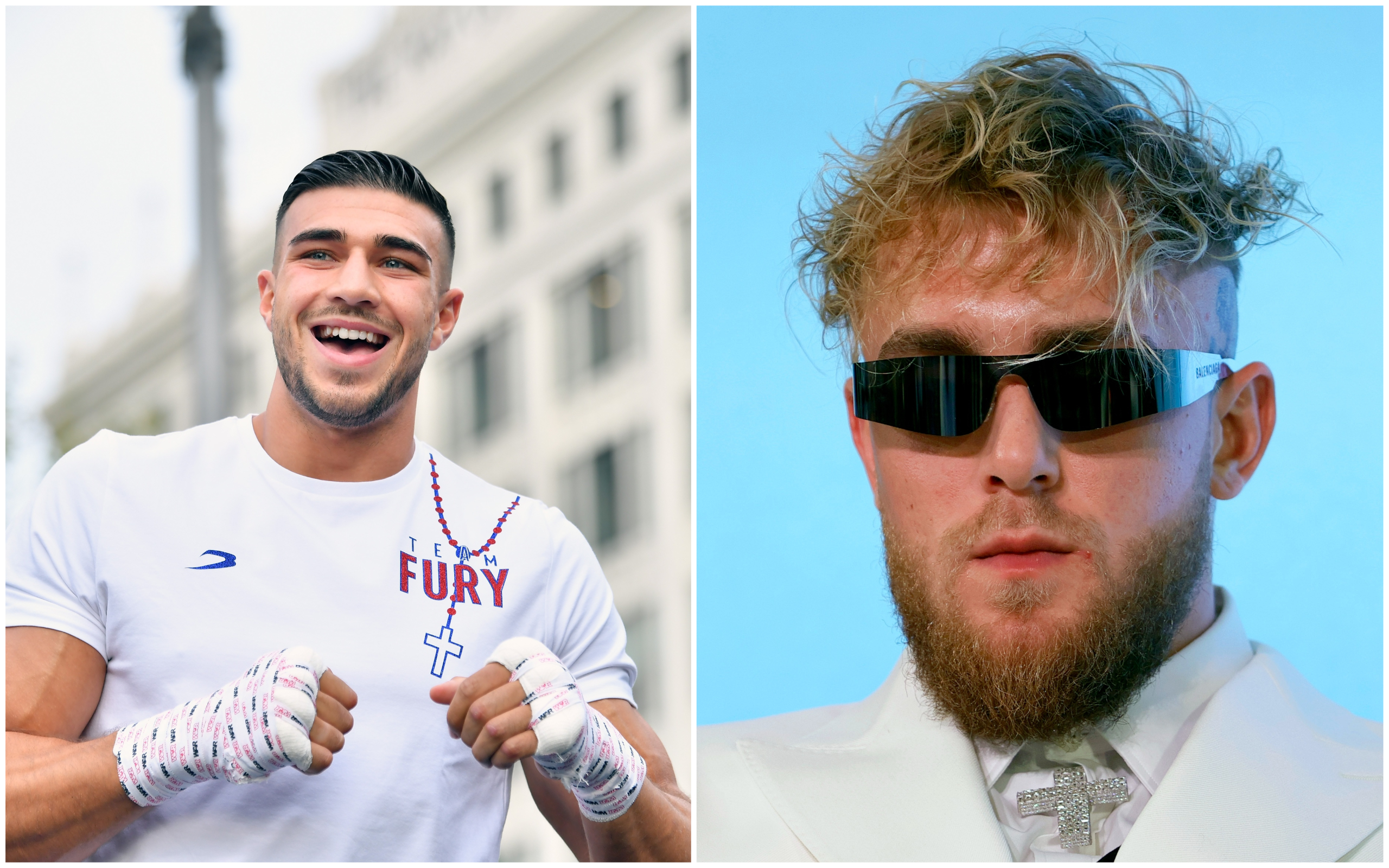 In his latest column with Metro.co.uk, the British boxing legend gives his verdict on the Tommy Fury vs Jake Paul cancellation, the latest in the heavyweight division and previews a double header for Fightzone this weekend.

A huge blow for Tommy Fury

It will have been a tough week for Tommy Fury who has been dealing with the news that he is ruled out of his fight with Jake Paul later this month. Injuries can’t be helped, unfortunately.

It’s a shame and I certainly hope Tommy hasn’t lost his chance. But I suppose it is really up to Jake Paul, the ball might be in his court going forward.

If he wants to fight Tommy and prove his point then hopefully Tommy can get another shot. But there is a risk, there is every chance Paul turns around and says: ‘F**k it, you’ve lost your chance.’ I have a feeling that might happen but I hope not for Tommy’s sake.

The Tyron Woodley rematch makes sense for Jake Paul, he will want to do a better job than he did last time. But being friends with the Fury family, I hope Tommy’s shot comes around again.

Paul will no doubt face pressure to fight Tommy later down the line, all the Furys will be out after him, Tommy, Tyson and John. Let’s have it right, he has the best family behind him to put that pressure on and get the fight remade. But Paul might be the one in control.

Injuries can come from anywhere

There has been a bit of speculation that the injury might have come from those training sessions we saw, where Tyson was bouncing those medicine balls off Tommy’s stomach in the gym. It can be done. I remember Floyd Mayweather Snr doing a similar thing with me.

He was driving those medicine balls into me with everything he had and I was 10 stone 8 which I thought was f*****g diabolical. I was all skin and bone and he was whacking it into me with all his might.

He 100 per cent could have cracked my rib! But Tyson is experienced enough to have known what he was doing there. He would have been doing it at the right pace.

But even the slightest little tickler on the ribs can cause a problem. It doesn’t even have to be a heavy punch. All it needs is a little bang on a weak area, it is so easily done so I don’t think we can speculate too much on that.

The one thing Tommy, Tyson and John know is how to bang that drum for a fight. There has been that much screaming and shouting for this one.

They will try put Jake Paul in a position where he can’t say no. They are very vocal. I hope he hasn’t lost his chance, with the Furys behind you, it surely can be done again. He’s the brother of the heavyweight champion of the world. And Tommy will no doubt want to shut him up for good.

With Tyson Fury eager to fight Oleksandr Usyk early next year there has been plenty of talk of Anthony Joshua taking step-aside money to allow it to happen first.

I think AJ, even though he would have been earning a nice chunk out of it, would have gone into that with the best of intentions. To allow Fury and Usyk to fight and decide who is the best heavyweight in the division.

AJ might have been thinking it would be a good opportunity for himself to get that extra work in, to get his confidence back and establish himself once again. I know he has been visiting a lot of potential new coaches and trainers so he may have benefited from a bit more time to work with them too.

It now looks like we are moving in another direction however with the WBC finally ordering Dillian Whyte’s title shot against Fury. It changes things again. Albeit for the better here if you are Dillian, who has been waiting a long time for this and I am glad he is finally getting his shot.

There are certain fights we would have loved to see ahead of those two but at the end of the day, both are wicked fights, massive fights for the UK. Yes, we may have preferred to see Fury vs AJ first or Fury vs Usyk first, but we have a good plan now. Fury vs Whyte and Usyk vs Joshua II. We can’t complain.

It’s another huge step forward for Fightzone this weekend, two shows, two countries. Following their success in the UK and Europe this year they are going further afield with their first show in Toronto on Sunday.

Fightzone have delivered great shows across England and Scotland this year and there was success with shows in Malta and Latvia.

This is another big move, heading to North America to link up with one of Canada’s top promoters Lee Baxter.

It’s a chance to get a good look at some of the emerging talent in that part of the world with the undefeated Kane Heron topping the bill.

It’s a very interesting move hooking up with Lee in Canada, hopefully it means we will see Canadian fighters coming over here to the UK and fighters from the UK getting the chance to test themselves away from home in Canada.

It’s a big double header this weekend on Fightzone with a packed card in Leicester getting us started before the action state-side. An old friend of mine Carl Greaves is promoting the show and it’s a perfect chance for these young fighters to end the year with a bang.