Ricky Hatton has showed off his incredible weight loss at the weigh-in for his exhibition fight with Marco Antonio Barrera this Saturday night.

The 44-year-old is set to clash with the Mexican at the AO Arena in Manchester and tipped the scales at 11st 5.5Ibs. Marking a four-stone weight loss from when he stepped on the scales before he started training and weighed 15st 4lbs.

In fact ‘The Hitman’ is just 13Ibs heavier than what he weighed in at for his last professional fight in 2012. Even more impressive is how the weight loss has taken years of Hatton and he showed off his six-pack for all to see during the weigh-in. 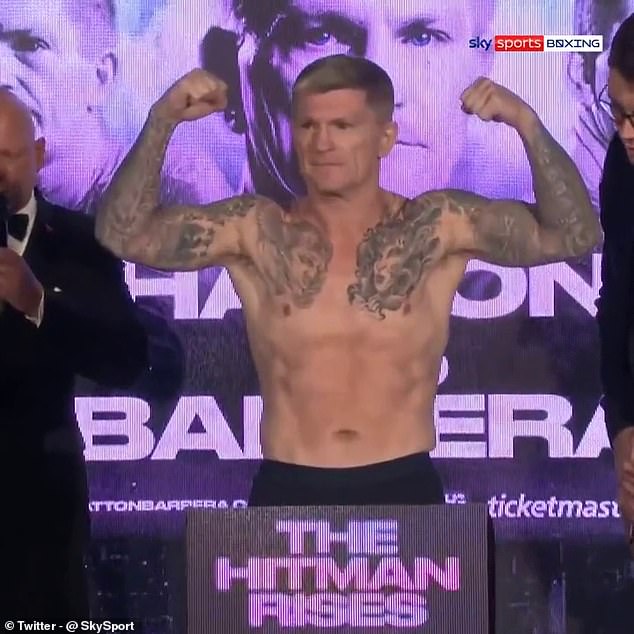 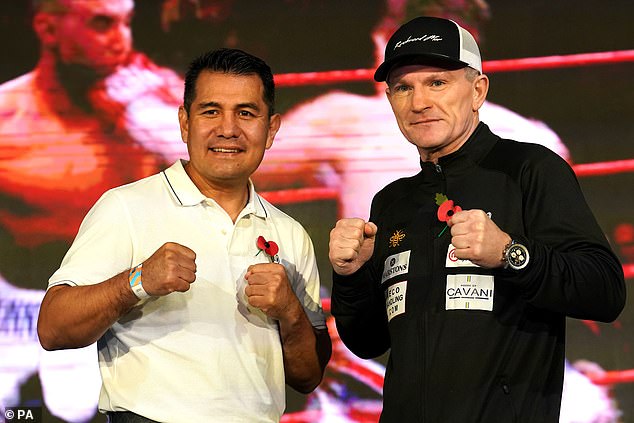 Hatton’s not alone either, his opponent on Saturday night, Barrera, is also in impressive shape. Weighing in at 11st 7Ibs ahead of their meeting this weekend.

Speaking to talkSPORT ahead of the fight, the former light welterweight world champion revealed that his weight loss had inspired others and helped with his own mental health issues.

‘I always made it hard for myself when I was in my prime, to be honest with you, things haven’t changed now that I’m 44 years of age, but it’s been so good for my well being,’ Hatton said. 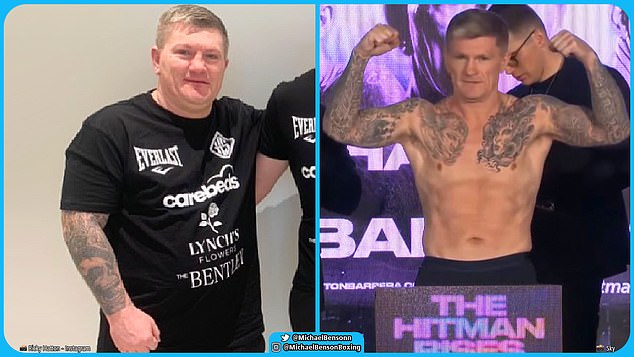 ‘It’s given me a target and a goal and something to set me sights towards.

‘The feedback I’ve got from so many people saying, ‘Ricky, you’ve inspired me to get my weight off’…

‘People have been writing letters and getting in touch and saying, ‘Ricky how you’ve inspired us to see where you were 18 months ago’.

‘And it was well documented where I was, I was in a very bad place… so, it’s made me decided to make a lifestyle change.

‘I’m 44 now, I can’t keep dropping weight like I have been doing, so this is Ricky Hatton for good as far as I’m concerned.’ 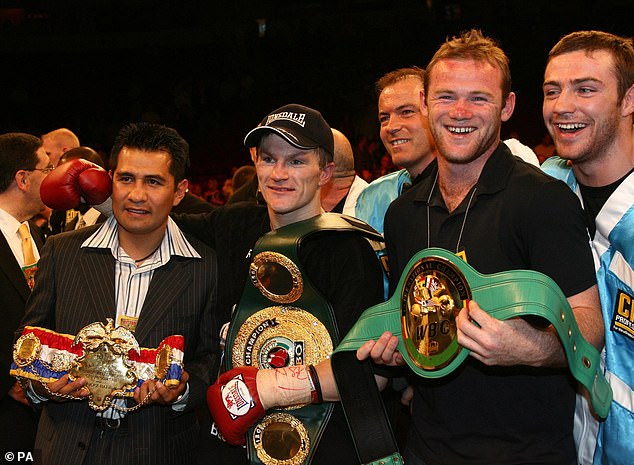 Hatton enjoyed a glittering boxing career in the noughties, winning multiple world titles and finishing with a career record of  45 wins and three losses – with two of those defeats coming against the legendary figures of Floyd Mayweather and Manny Pacquiao.

He steps into the ring for the first time in a decade on Saturday night on a bill which also features Natasha Jones vs Marie-Eve Dicaire as well as former Olympian Frazer Clarke.