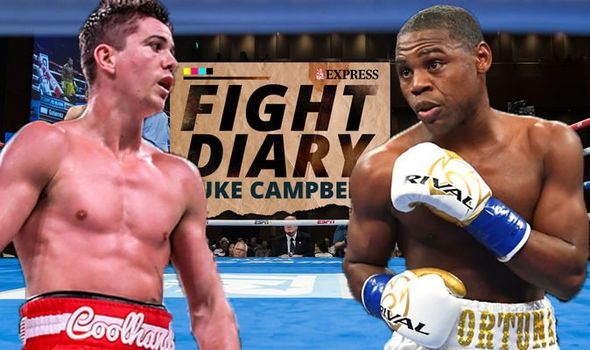 First of all, just on Tyson Fury-Deontay Wilder 2? How wrong was I? Hats off to Tyson. He did really well, credit to him because he performed so brilliantly. You can’t knock him, you’ve got to give credit where it’s due.

Now on to real business. I’ll be fighting on April 17 in Maryland in the United States against Javier Fortuna for the WBC lightweight world title.

It’s good to finally get a date nailed down, I’ve been waiting a while – I think the date and venue changed four or five times. But it’s good to have it all set now.

I’ve had a hell of a lot of messages already from friends and family – a lot of them asking about flight details for Maryland and tickets. I’ll have a fair amount going over. 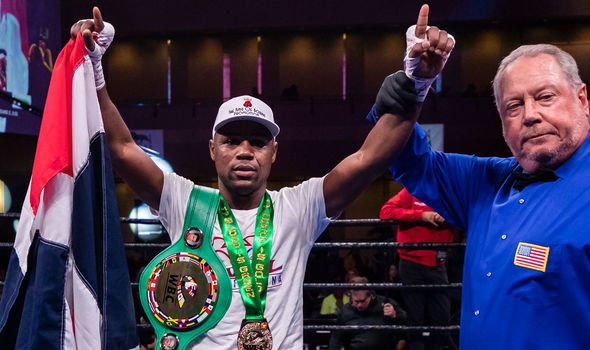 My kids won’t be there but my oldest usually likes to watch me, he’s seen my fights live but my youngest hasn’t just yet. He prefers football to boxing.

Now me and my trainer Shane McGuigan will have to just figure out when to head over to the States.

Maryland is five hours behind the UK in terms of time difference, so it’s just about making the right decision about when we head over as there’s going to be an adjustment period.

I really do believe it’s my time now. I’m so ready for it – it’s time for me to go over there and show everybody how good I am.

Fortuna is tricky, he’s a southpaw like me. But you’ve got to adapt to whatever is in front of you. Vasyl Lomachenko was a southpaw so I’m just going from that to this and into the same rhythm. We’re continuing from the last fight camp.

Lomachenko is the best in the world, it’s good to test yourself against the best, but I don’t know what Devin Haney’s talking about – he said I had the choice to either fight him or Loma? I didn’t have a choice at all.

If I did have the option it would have been Haney! 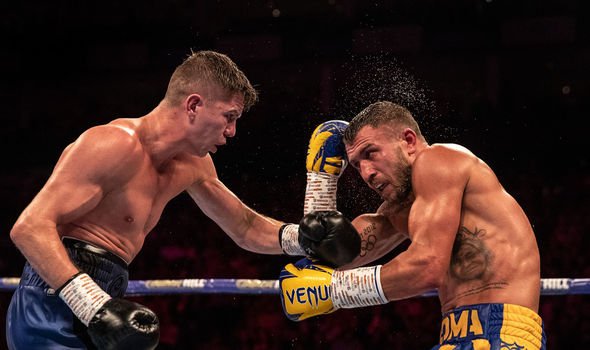 I haven’t said anything about Haney, it’s a weird one really, I’m not busy on social media – some of the things he was saying about me, though, was absolute nonsense.

But he’s out with an injury, he’s got to keep himself relevant I guess, it’s the sport we’re in, no hard feelings.

I just thought ‘what is this kid talking about?’. I just laughed at it, it’s boxing. It’s how you build a fight, I get it – he was talking some proper s**t, though.

I’ve never been one to chat about others without actually beating them. I don’t get it, personally. I guess it’s part and parcel of the game – I would rather my actions speak louder than my words, and I’ll do that in America in April.

I enjoy fighting in the States. Listen – my first choice would be to fight in London in front of my fans, friends and family. But I’ve got to go there now and I’m happy to do that.

I’m incredibly excited for the fight. I want to thank the WBC for giving me this opportunity to fight for the title.

It’ll be a great fight, I’m a big name in the division – I’ve got a huge chance in front of me and I’m going to grab it with both hands.