UFC star Karolina Kowalkiewicz says she may have to retire after having surgery on a broken eye following a fierce head kick by Xianon Yan on February 22.

The Pole, on her Instagram story, thanked all those who had supported her after she went under the knife in Warsaw, Poland, and a titanium plate was inserted into her right eye.

She suffered the injury during her defeat to Yan at UFC Fight Night Auckland and she hopes it wasn’t her last fight in Mixed Martial Arts. 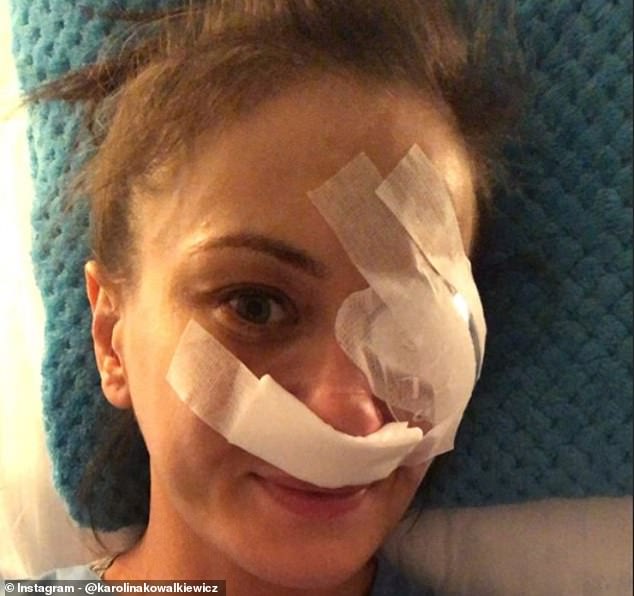 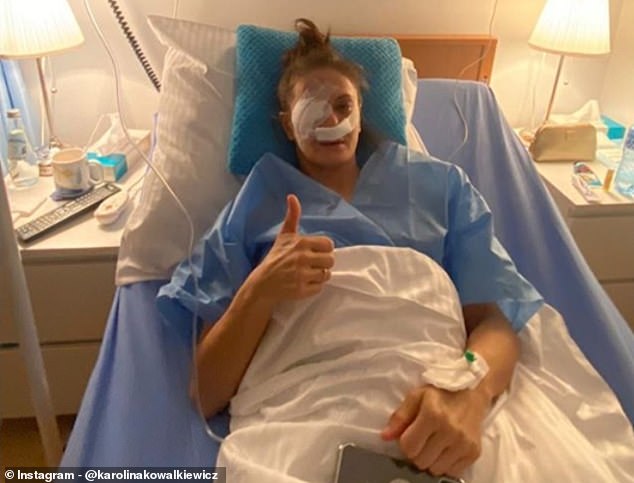 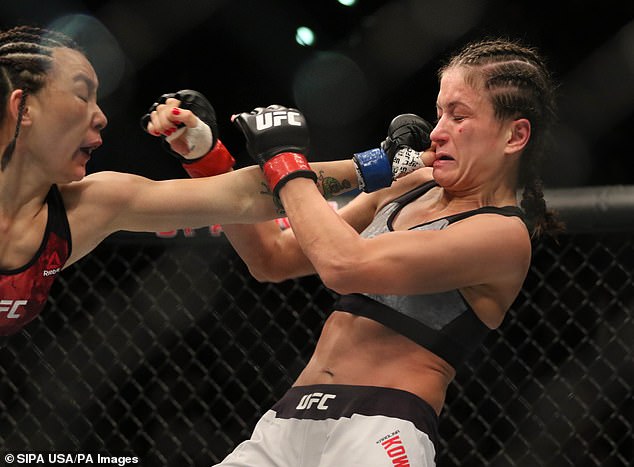 She said on her story: ‘I hope it wasn’t my last fight but now I’m focused on my health.’

The 34-year-old posted an emotional video on her social media last week, saying that surgery was required and admitting ‘for the first time in my life after a fight, I cannot say I’m okay.

‘Like you see, at the beginning of the first round, I have broken a small bone here. I couldn’t see nothing. My vision was double and everything was like in the fog,’ she said.

‘After the fight, I spent all day in the hospital. S*** happens. I still love this sport and UFC. Don’t worry I’ll be OK.’ 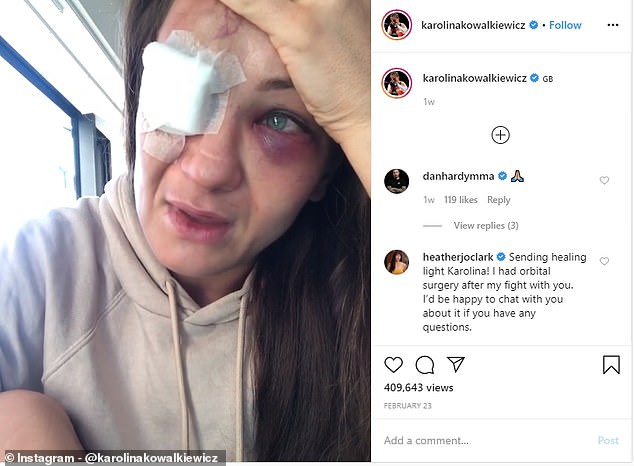 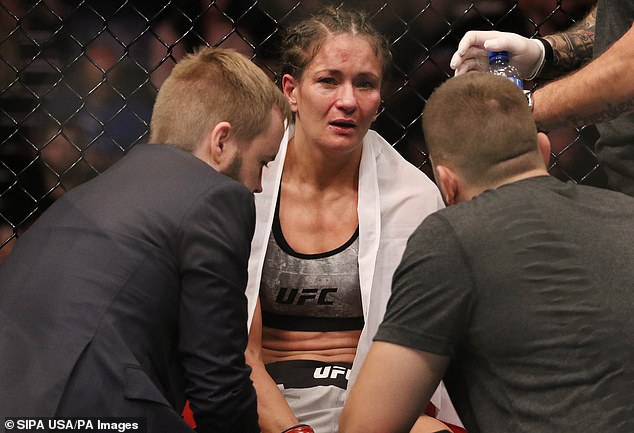 It was controversial at the time that the fight was allowed to continue, with Kowalkiewicz sustaining facial scars between the first and second rounds.

Yet the ringside doctor allowed the bout to continue and the Pole did finish the fight before her Chinese opponent was ultimately awarded the victory via a unanimous decision.

Her injuries in the end were so severe she had to stay in New Zealand for a few days wearing an eye patch, before she went home to Poland.