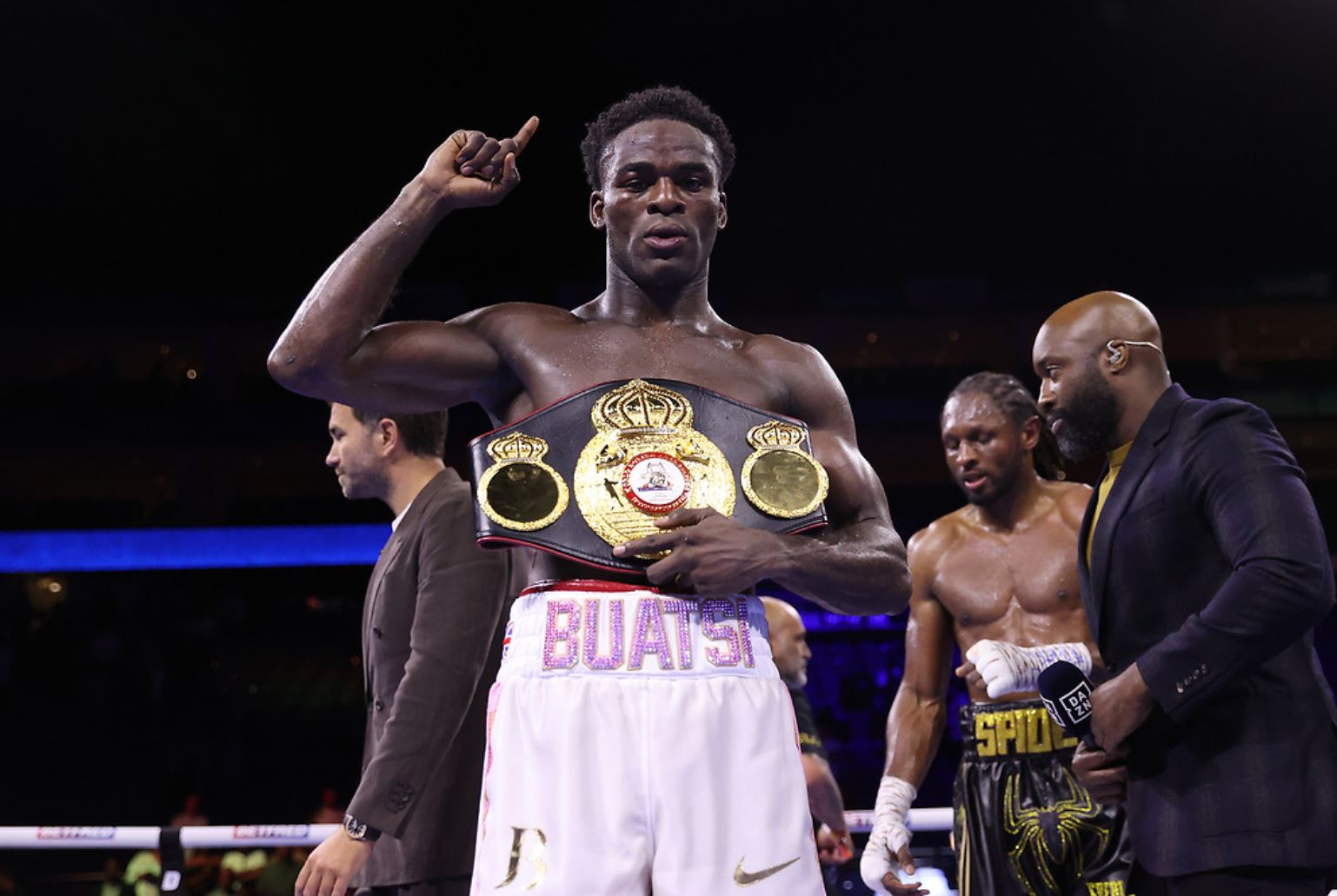 Joshua Buatsi took a commanding step towards a world title shot win a victory over Craig Richards on Saturday with Eddie Hearn hoping to deliver a fight against WBA light-heavyweight champion Dmitry Bivol.

Croydon’s Buatsi secured the win over Crystal Palace fighter Richards in an enthralling south London derby with the former sealing a unanimous points win at the O2 Arena in their title eliminator.

The win extends Buatsi’s perfect professional record to 16-0 with WBA champion Bivol now in his sights.

The Londoner’s hopes of securing that fight next however are complicated by the presence of Saul ‘Canelo’ Alvarez.

The Mexican superstar moved up to the light-heavyweight division to challenge for Bivol’s title in May, only to suffer a shock defeat after a punch-perfect display from the Russian.

Canelo is hoping to secure a rematch but has also agreed to a trilogy fight with Gennady Golovkin, which is slated to take place in September.

Should Canelo opt for the third fight against ‘GGG’, it could leave Buatsi with a clear path to fight Bivol for his light-heavyweight title later this year.

‘That was a big risk for Joshua Buatsi tonight but he came through,’ Buatsi’s promoter Hearn said post-fight.

‘But there is nowhere else to go, there is nothing in the middle anymore between this and a world title. I know this young man has his eye on world championships and I think it is time after a fight like that.’

He continued: ‘Canelo has got the option to fight Bivol next or fight ‘GGG’ and then Bivol. If he fights ‘GGG’, Bivol is looking for a fight and I would love to bring Joshua Buatsi back to the 02 for that.