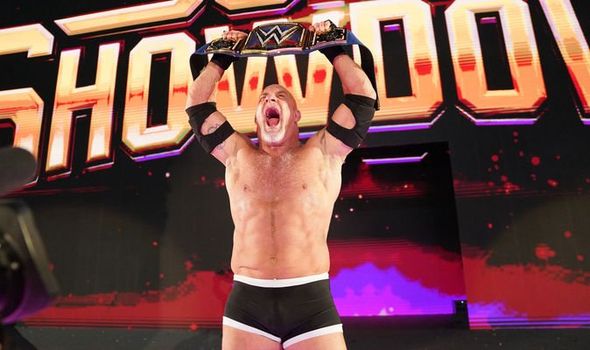 Goldberg applied the same strategy he used to beat Brock Lesnar when he took on Bray Wyatt at WWE Super ShowDown. The Hall of Famer shocked the WWE Universe when he defeated Wyatt to become a four-time world champion at the Mohammed Abdu Arena in Saudi Arabia.

I’m in awe. I had to hit him with everything I had as quickly as I could. Catch him off guard just like I did Brock

The WCW legend claimed that the secret behind his success was that he caught The Fiend off guard immediately after the bell rang, just like he did against Lesnar at Survivor Series 2016.

Ex-WCW Champion Goldberg hit his opponent with a devastating Spear and proceeded to deliver three more even though they didn’t have much effect on the title-holder.

The former World Heavyweight Champion successfully powered through The Eater of Worlds’ devastating Mandible Claw as he set up the Jackhammer finisher. 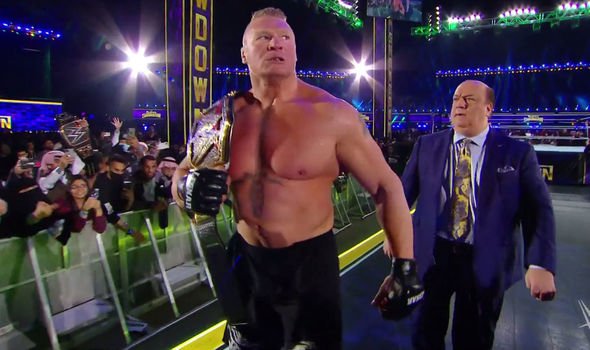 Goldberg, 53, connected with the move to become a two-time Universal Champion in front of a shocked crowd in Riyadh.

The veteran is feeling ecstatic after his big win and insists that the shock result comes down to quickness.

“It’s something you always shoot for, but the older you get the further you think that peak is away, you think.

“I’m in awe. I had to hit him with everything I had as quickly as I could. Catch him off guard just like I did Brock.

“You know you gotta hit guys before they’re ready, especially at my age. It worked. I’ll strike it up as another conquest.”

According to the publisher and editor of the Wrestling Observer Newsletter Dave Meltzer, Goldberg is now likely to take on Roman Reigns at WrestleMania 36 on April 5 at the Raymond James Stadium in Tampa, Florida.

Reigns is likely to become the No1 contender at Elimination Chamber where he looks set to face five other SmackDown superstars.

A rematch against Wyatt is unlikely as he is expected to take on WWE legend and 16-time world champion John Cena at Mania.

Meltzer said: “The top two SmackDown matches are gonna be Bill Goldberg against Roman Reigns, so Bill Goldberg is on WrestleMania now, and John Cena against Bray Wyatt.”