Floyd Mayweather says his decision to hold off fighting Manny Pacquiao until 2015 served him well as he managed to make £230million from the bout. Mayweather cruised to a unanimous points win over the Filipino in a disappointing fight.

Both Mayweather and Pacquiao were at their best between 2009 and 2011, when many wanted the two fight.

But various obstacles got in the way of the fight being made before it finally happened in 2015.

Mayweather explained during his promotional tour of the UK that the reason the fight didn’t happen back then was because of drug testing issues. 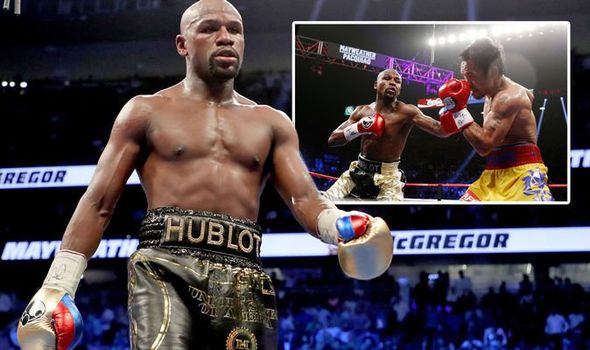 He said: ”The Pacquiao fight didn’t happen in the beginning because of this – we went to Manny Pacquiao and said,”Listen, we need random blood testing and urine testing. I need to be tested, and you need to be tested’.

“That’s the same thing I had in all my fights. Against Hatton, against everyone.

“I want to show the world that when it comes down to skill for skill, I’m the best.

“I said ‘I’ll keep beating up these other guys and when you’re ready, I’ll fight you’.”

But the clamouring for a Pacquiao fight reached its highest level in 2014 and the fight was signed by the beginning of 2015. 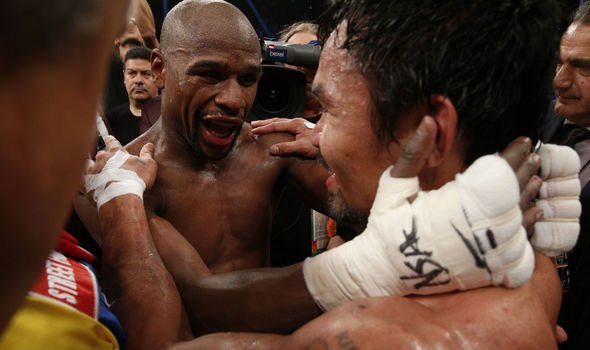 Mayweather won the bout and the event ended up becoming highest-grossing pay-per-view in boxing history.

Mayweather and Pacquiao have been tipped to have a rematch later this year, assuming the former comes out of retirement, which is continually teases.