Jeff Fenech could not hide his delight after one of boxing’s great injustices was put right on Tuesday in Mexico.

Three-time world champion Fenech has been retroactively awarded a fourth title after the WBC deemed that he won his controversial bout against Azumah Nelson in 1991.

Fenech was awarded the super-featherweight belt by boxing legends Roberto Duran, Julio Cesar Chavez and Miguel Cotto at the WBC convention in Acapulco, Mexico, 31 years after the judges deemed his contest against Nelson a draw. 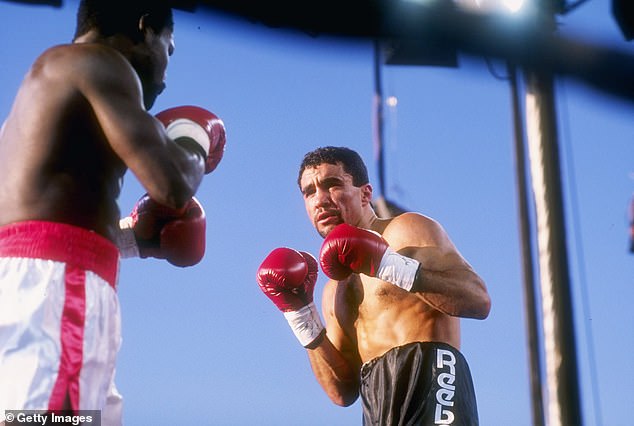 The Australian dominated his rival during their first fight in Las Vegas, however one judge scored the bout a draw while the other two were split, meaning Fenech missed out on the WBC super-featherweight title.

At the time, Fenech was an undefeated three-weight world champion and the result hit him hard, and the Australian appeared devastated as he returned to Sydney after the robbery in Sin City.

While the WBC rules and regulations outline that it cannot affect the ‘final determination of the local boxing commission regarding the decision in the contest’, in this case the Nevada State Athletic Commission, it does have the power ‘to recognise any boxer as a WBC champion’.

It means that the draw cannot be officially overturned but the WBC has the ability to recognise Fenech as the super-featherweight champion.

‘I can’t put it into words. I couldn’t speak when it happened,’ Fenech told the Sydney Morning Herald on Tuesday.

‘It feels even greater tonight because of the three legends who presented my belt to me. I won, I’ve known that for 30 years. It’s a long time coming.’ 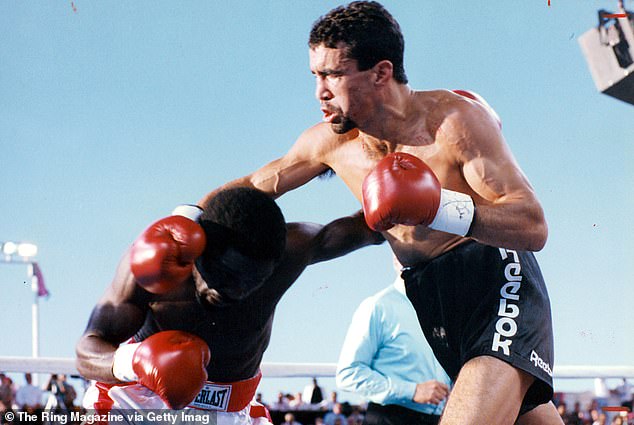 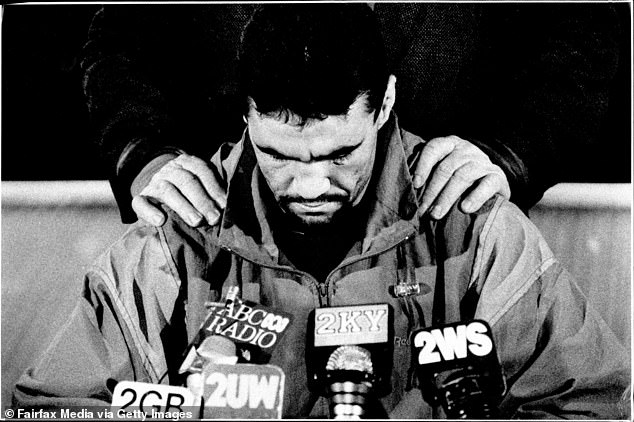 The pair met again nine months later in Melbourne, where the Ghanaian won via eighth round knockout.

Reflecting on the 1991 draw, Fenech said: ‘It happened for a reason and made me a better person. I was a three-time world champion and didn’t like the person who I was.

‘If I was a four-time world champion and undefeated, I would have been [a lesser man].

‘When you have that sort of success, you get a big head and I had that. I wasn’t the same, I was different. Fame and fortune changes you.’

Fenech admitted that he never expected this outcome, and was delighted by the surprise decision over three decades after the Las Vegas showdown.

‘I never thought this would happen,’ he added. ‘Everything happens for a reason. This makes boxing a better sport.