Deontay Wilder’s trainer Mark Breland “cried” outside the Bronze Bomber’s dressing room after being locked out following his decision to throw the towel in against Tyson Fury last weekend. Fury TKO’d Wilder in the seventh round to win the WBC heavyweight world title.

After the bout, Wilder complained that Breland was wrong to end the fight.

But Fury put on a seven-round beatdown to end Wilder’s reign as WBC champ, establishing himself as the division’s best.

Wilder revealed after that he was reconsidering Breland’s position as second-in-command trainer behind Jay Deas. 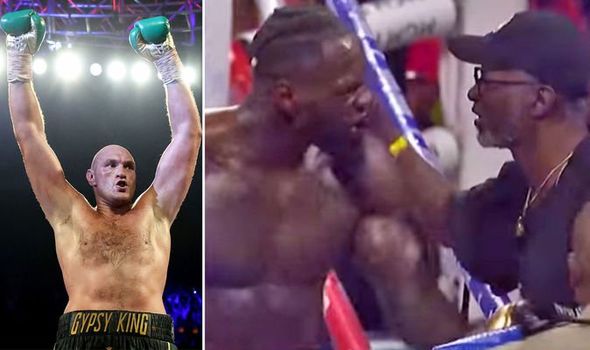 But ex-fighters and pundits alike have come out in support of Breland, who most think did the right thing by stopping the fight.

British boxing pundit and promoter Spencer Fearon has since revealed that Breland was crying outside Wilder’s dressing room following the loss to Fury.

“Mark Breland was outside the changing room crying, did you know that?” Fearon told PepTalk.

“He was crying because that man said he couldn’t come in the changing room.

“That’s your fighter, you built you own personal relationship, you’ve been with this man from the get-go, and they are saying to you, ‘no, you can’t come in the changing room’.

“You see how deluded and twisted these guys are? And it ain’t gonna get no better.

“If Deontay Wilder doesn’t apologise to Mark Breland the same thing is going to happen again, and it’s going to be worse.” 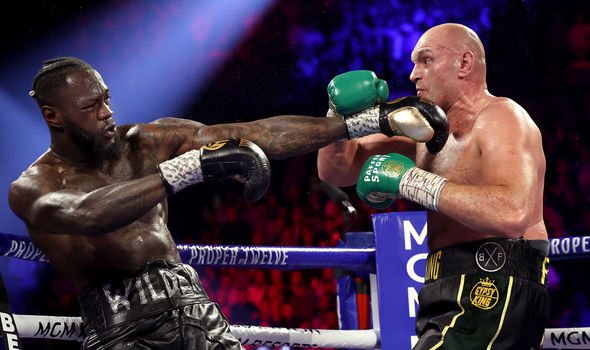 Wilder said after the fight that he wish Breland let him continue.

“I am upset with Mark for the simple fact that we’ve talked about this many times and it’s not emotional,” he said.

“I said as a warrior, as a champion, as a leader, as a ruler, I want to go out on my shield.

“If I’m talking about going in and killing a man, I respect the same way. I abide by the same principal of receiving.

“So I told my team to never, ever, no matter what it may look like, to never throw the towel in with me because I’m a special kind. I still had five rounds left.

“No matter what it looked like, I was still in the fight.”