Conor McGregor called out by former champion ahead of UFC comeback 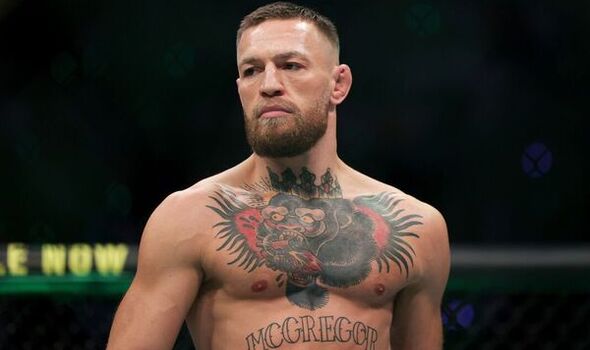 Conor McGregor has been called out for a fight ahead of his comeback to the octagon within the next few months. McGregor has been teasing his UFC return since August after being in full training following his leg break in his last fight, a loss to Dustin Poirier in 2021. McGregor has posted numerous training videos looking much bulkier than fans have been used to seeing him, suggesting he will move up in weight on his return – entering the welterweight class along with the likes of Leon Edwards, Kamaru Usman, Khamzat Chimeav, Colby Covington and a host of other big name fighters.

But it’s not a welterweight who has called out McGregor, but lightweight challenger Michael Chandler who has once again named him as a man he’d like to face in the UFC. Former Bellator champion Chandler joined the UFC last year and has been in a number of extremely entertaining bouts now, with wins over Tony Ferguson and Dan Hooker, whilst putting in fight of the night performances in losses to Justin Gaethje, as well as this past weekend’s loss to Dustin Poirier at UFC 281.

Chandler has only fought at welterweight once, his professional MMA debut 13 years ago, but certainly is capable of making the step up should he need to in order to face McGregor. And although he stands with a 2-3 record in the UFC, his losses have come against some of the best fighters in the division, whilst still boasting an impressive 23-8 overall record.

Speaking after UFC 281, Chandler said: “I think at this point he’ll come back and look at the suitors. I don’t think I’m the easiest fight that he could take, but I am the biggest fight that he could take. I think Conor McGregor stepping back in the octagon does big numbers no matter what. But Conor McGregor stepping inside the octagon with me does staggering numbers.”

He added: “I respect him, I would love to see him come back and maybe I’ll be the guy that he comes back and fights. Get on [the drug testing], man. We all know that fighting is his first love.”

As Chandler referenced, McGregor is not currently enrolled in the United States Anti-Doping testing pool, which is required for all active athletes on the roster. This, meaning he will need to test for six months before he returns to UFC fighting eligibility, and will not fight until April at the earliest, unless given an exception by both the UFC and USADA.

This could be possible, with USADA confirming that McGregor was tested 11 times in 2021. But has now not been tested for 12 months, throwing a potential wrench into his comeback plans.

The McGregor fight might be the only realistic big fight for Chandler to take at this point, with no clear path to a title shot anytime soon following his loss to Poirier. Chandler showed out well once again in the fight, arguably getting the better of his opponent in the first two rounds before Diamond Dustin locked in a rear-naked choke to get the submission in round three.

Even Poirier himself may be some while away from a title shot, with current champion Islam Makhachev to face feathweright champion and pound-for-pound king Alexander Volkanovski as he steps up a division and looks to become a two-weight champion. The next man up after this bout would likely be former champion Charles Oliveira, who held the belt for 18 months after defeating Chandler.