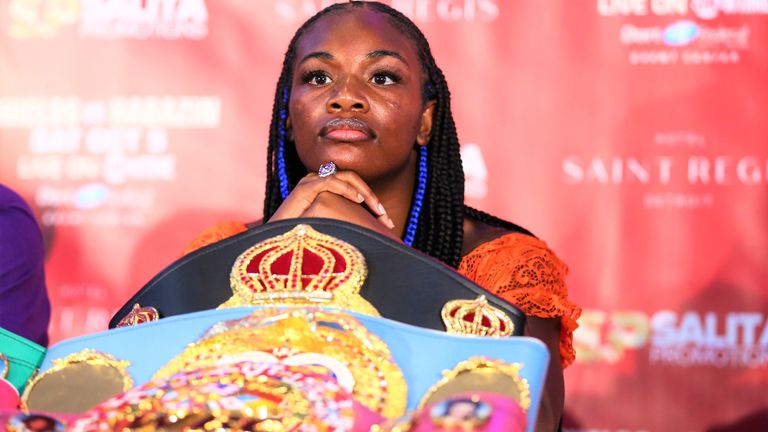 Dressed as part-queen and part-gladiator, Claressa ‘T-Rex’ Shields strode to the ring with confidence that belied the magnitude of the battle ahead.

In a ring walk for the ages, Shields and her entourage performed a choreographed routine to Beyoncé’s ‘Run the World (Girls),’ which fittingly ended with Shields being crowned and gowned. 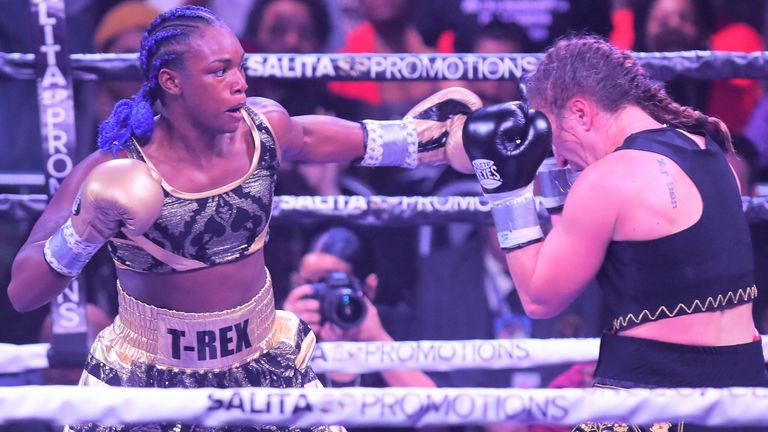 In just 10 pro fights, Shields has become the fastest boxer – male or female – to win world titles in three weight classes, bettering the likes of Vasiliy Lomachenko, who achieved the feat in his 12th pro outing.

The undefeated Shields’ charismatic personality, electrifying showmanship, elite-level championship performances and uncanny ability to back up her boasts in the ring have led to comparisons with Floyd Mayweather.

Like Mayweather, Shields was born in Michigan. Mayweather was raised in Grand Rapids while Shields grew up in Flint.

At each of her fights, Shields stands in solidarity with Flint residents by putting 85-inch royal blue braids in her hair to highlight the city’s ongoing water crisis.

In February, Shields was among six women honoured with a sculpture in Flint – part of a project entitled, ‘Honouring Heroines and Humanitarians – Women Who Have Contributed to a Better Life for All in This Community.’

“I’m overwhelmed,” says Shields. “I dreamed about achieving certain things in my life, but some things are happening to me that I haven’t dreamed about. I’m honoured to be recognised with a sculpture in Flint. I’ll take this recognition and raise Flint higher.”

Shields has come a long way to reach the heady heights of big-time women’s boxing. 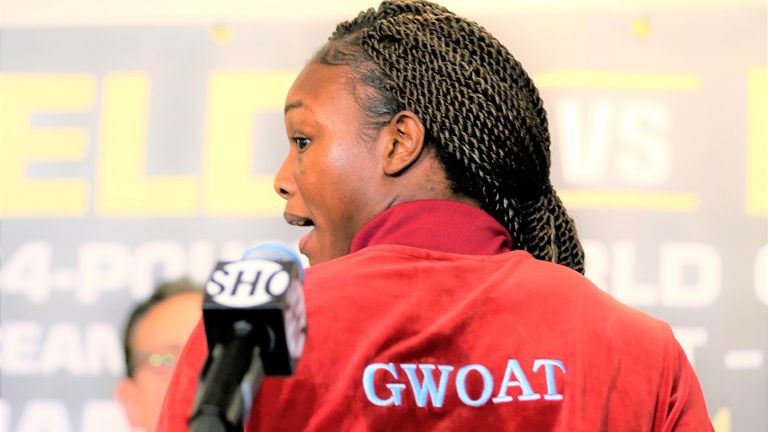 I call myself the GWOAT (Greatest Woman Of All Time). I have manifested it my whole career.

Mayweather’s father was a small-time drug dealer, Shields’ mother struggled with alcohol. Shields would often get into fights at school so, for her, like so many other fighters throughout history, boxing was a constructive way of channelling her anger.

But Shields’ troubled start in life did not stop her from daring to be great. She has always been a big believer in the power of positive thinking and speaking things into existence. “I call myself the GWOAT. I have manifested it my whole career,” says Shields.

“Now, I’ve made history – in the Olympics with two gold medals and in the pros with world titles in three weight divisions in just 10 fights – history that no man or woman has made.

“Whatever I think I can do, I can do it. With prayer and hard work, I’ve accomplished everything so far and will continue to do so.” 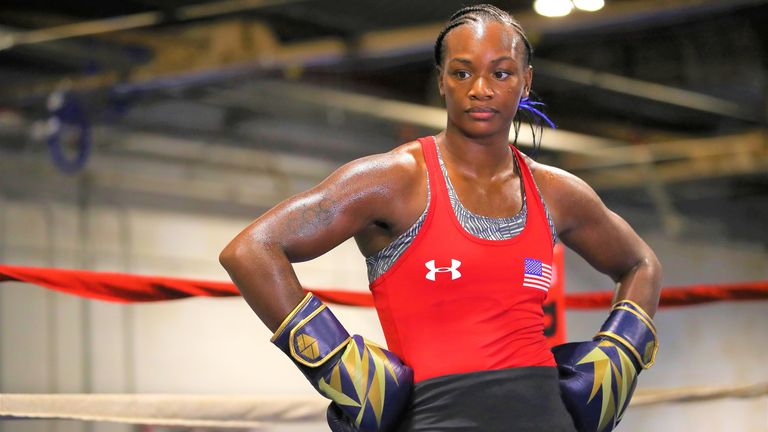 Similar to Mayweather’s era, there are few legitimate threats to Shields’ dominance.

When asked her thoughts about the negotiation of a 150Ib catchweight to help make the fight with Braekhus, Shields’ response was swift and unequivocal.

“I can make 150Ibs but, before I even consider doing that, I want to have her signature on paper first. No one is putting hydration limits on me, which I know she would try to do. 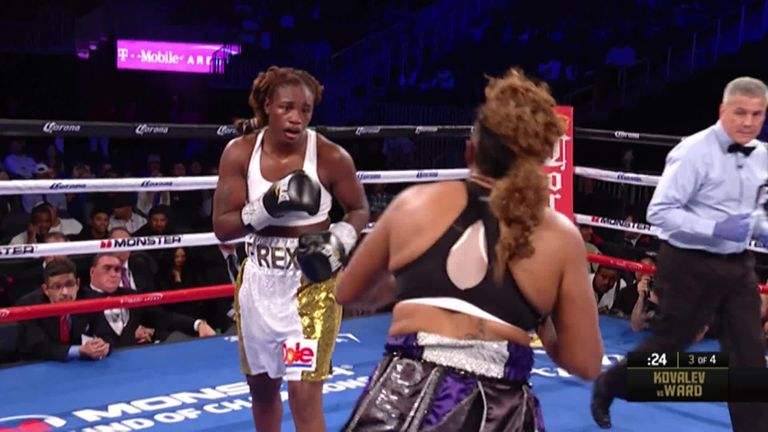 “I don’t want Cecilia’s belts, I want her heart. In the ring, I’m super-competitive and I want to destroy her.”

But a recent online spat involving Shields has ushered in an unexpected rivalry from a bygone era. On her Instagram account, Shields curiously welcomed the possibility of a fight with 42-year-old retired ex-champion, Laila Ali.

Other than a career-highest payday for Shields, it is difficult to see what she would have to gain from fighting a post-prime Ali.

Shields puts her own spin on it: “I see it as a passing of the torch or maybe me taking the torch,” she says. 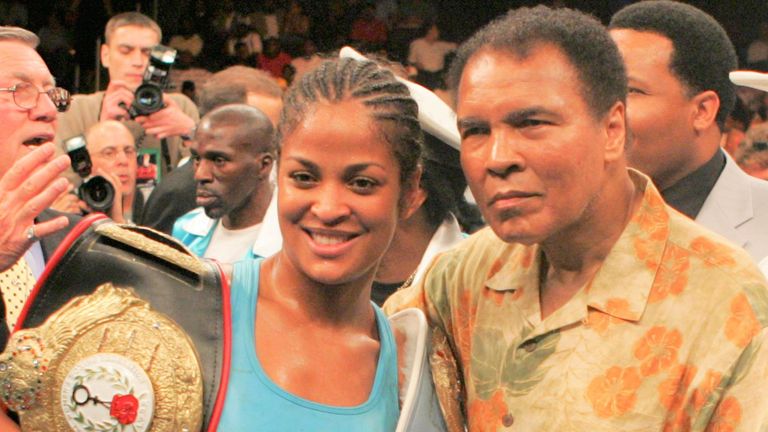 “Laila was a good fighter in her day. A pay day is never bad, but I see it going as all my other fights have – a shut out or a KO. Even in her prime, I would have been able to beat her.”

Ali aside, if Shields were to participate in a “fantasy fight” with a female fighter from a different era, she says she would match herself with former three-weight world champion and hall of fame inductee, Anne Wolfe, who is widely considered to be the greatest fighter in the history of women’s boxing.

“I’d choose the Wolfe fight because she had everything I have – skills, power and speed,” says Shields.

Unsurprisingly, Shields believes she would have had her hand raised in victory at the end of the bout. “I think the fight would be a win for me. I’d have to be smart in the beginning rounds, wear her out to the body in the middle rounds and have a stiff jab and combinations to end it.”

Shields has only ever tasted defeat once – in the amateur ranks. Ironically, it was at the hands of a fighter who would go on to start her pro career with Mayweather Promotions. 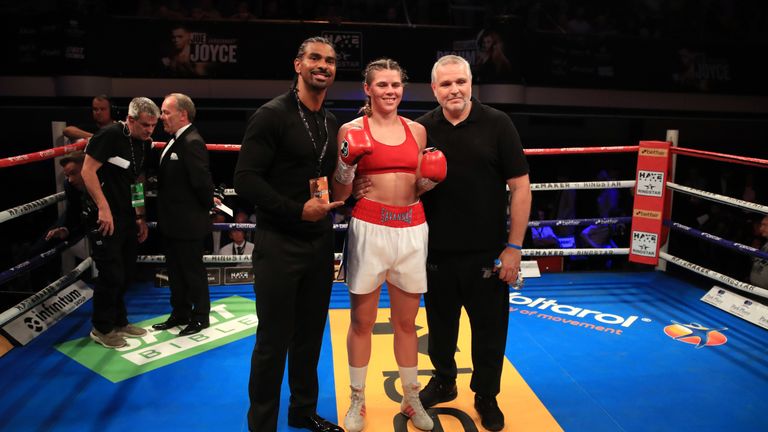 Shields was just 17 when Savannah Marshall handed her her first and only defeat, which was at the 2012 World Championships in China.

How important is it for Shields to avenge that solitary defeat? “I’d love to avenge the loss, but that isn’t my motivation. I train everyday just to be a better fighter – to grow mentally and physically,” says Shields.

“So, I’d love to smash her but, if I never get the chance to, I’ll still die happy with all I’ve accomplished.”

Shields has previously stated that her ultimate ambition is “to go down in history as one of the best women fighters, to be on the pound-for-pound list and to fight on pay-per-view.” 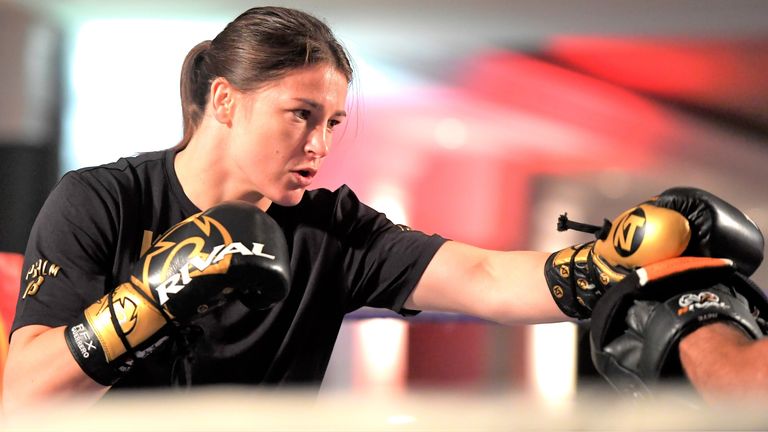 But Shields is fighting for more than boxing supremacy alone. Outside the ring, she is an ambassador for equal pay and opportunity in women’s boxing.

“Women should be allowed to fight three-minute rounds and given the chance to build themselves up and be promoted and marketed like men are.

“Boxing should also have at least one women’s fight on every card. Female boxers should be on television much more often, not only where a woman is headlining a card, but also on the undercards of the biggest cards – including on pay-per-view.” 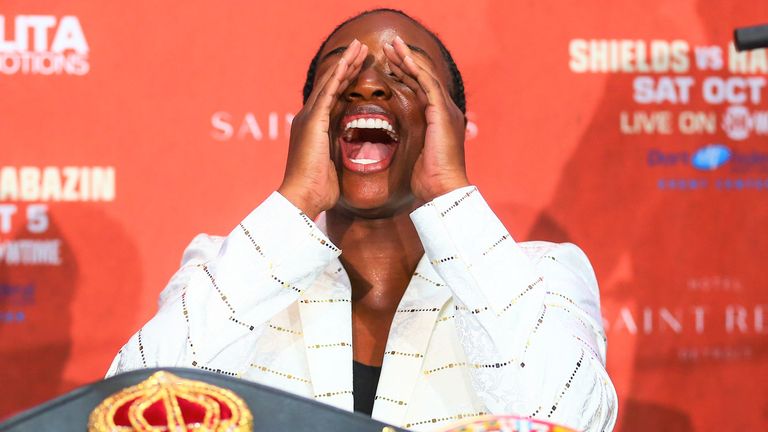 Shields says she has plans to throw her hat into the octagon at the end of the year or the start of 2021. She has the UFC women’s bantamweight and featherweight champion, Amanda Nunes, squarely in her sights.

While Mayweather boxed UFC two-weight world champion Conor McGregor in a crossover fight at the tail end of his career, Shields is fast approaching the peak of her boxing career – a risky time to actually make a foray into a completely different combat sport.

But Shields, like Mayweather, is all about taking calculated risks. “I just want to be a two-sport combat athlete and champion,” says Shields.

“I love fighting, so why not try it? I like to challenge myself. I’ll prepare for MMA as hard as I prepare for boxing.”

Michigan born! @FloydMayweather recognized me today at his event in @yorkhall ! He didn’t have to do that, i’m grateful for the respect & love! #family #TBE #GWOAT pic.twitter.com/HBst846EdS

Remarking on the Michigan connection she shares with Mayweather, Shields beams with pride.