Canelo Alvarez is in talks with streaming service DAZN over a three-fight plan which could see him fight Gennady Golovkin for a third time in September. Alvarez last fought against Sergey Kovalev, knocking him out in the 11th round back in November.

According to Boxing Scene, DAZN executive John Skipper recently held a meeting with Alvarez in San Diego to discuss the Mexican’s next fight options.

Though Alvarez’s Cinco De Mayo opponent is yet to be revealed, it’s thought that a deal to fight Billy Joe Saunders is nearing completion. 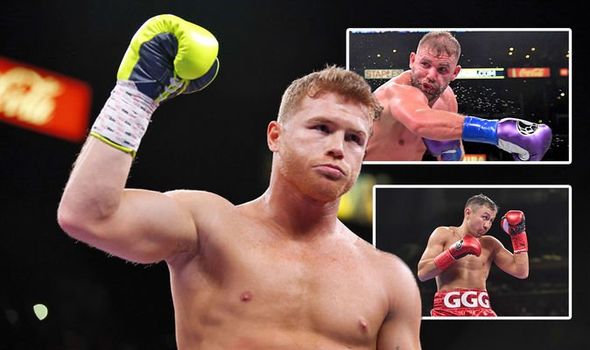 But in September, Alvarez could box Golovkin, who is said to be on board with the idea already, having arguably been harshly treated on the scorecards in their first two fights.

Alvarez vs Golovkin 1 was scored a draw, despite the Kazakh fighter dominating most of the fight.

And in their more even affair back in September 2018, Alvarez was awarded the win via majority decision.

Those two fights took place at middleweight, but both Alvarez and Golovkin have fought at super-middleweight, which the trilogy will likely be contested at.

The last fight on Skipper’s offer is Japan’s Ryota Murata, who Alvarez was reportedly set on facing in Tokyo in May, before talks fell through.

Alvarez’s potential clash with Saunders on May 2 will be the first to be aired on DAZN UK, which is expanding to British shores over the next few months. 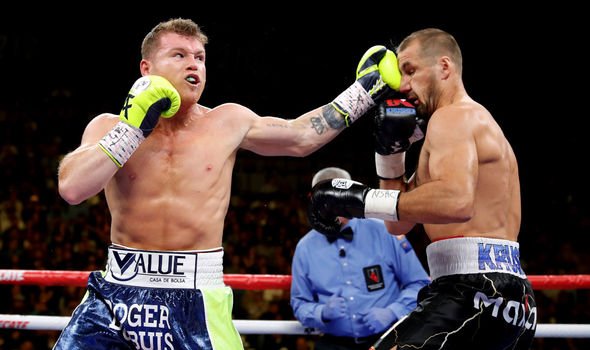 Alvarez’s trainer Eddy Reynoso confirmed last week that Saunders would be next for his fighter – but a deal is not yet done.

“We’re ready for 2 May. Saunders,” he told EsNews.

“I went up to Eddy Reynoso tonight and said, ‘Who are you fighting? Any chance of us finding out?’ And he said, ‘Billy Joe Saunders’.

“But we haven’t heard from Golden Boy for a couple of days. We’re not a million miles away. Canelo and Reynoso want to fight Billy Joe.”