Anthony Joshua vs Dillian Whyte 2 will likely happen in the next year, according to both fighters’ promoter Eddie Hearn. AJ and Whyte fought in 2015 for the British and Commonwealth titles and ended in a seventh-round KO for the Olympic gold medallist.

Joshua has since gone on to win the WBA, WBO and IBF world titles while Whyte is yet to pick up his first top strap.

Whyte is mandatory for Tyson Fury’s WBC world title, but he isn’t expected to get that shot until February 2021.

The Brixton heavyweight nearly fought Joshua in a rematch in April 2018 at Wembley but terms couldn’t be agreed on a deal.

JUST IN: Tyson Fury asked by trainer ‘what you waiting for?’ before Wilder KO 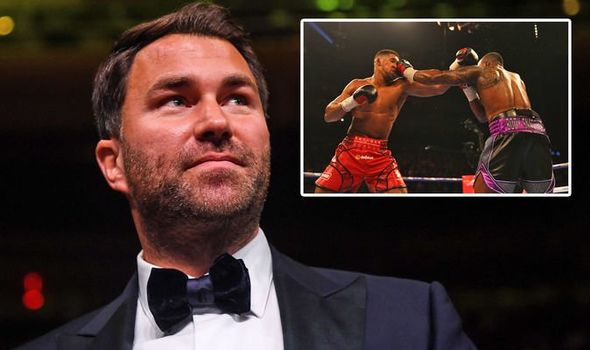 “Who knows? The fight’s going to happen. It’s a cast iron certainty to happen at some point.

Tyson Fury could fight Jai Opetaia in Australia for £10million

“But Dillian his still waiting for his WBC shot in 2021. But I still believe Joshua vs Whyte will happen.

“We’e pushing the WBC but that’s the date, February 2021. We want to work things out with them.

“We have a relationship with them but Dillian Whyte has been treated poorly.

“Whyte might three times this year, but probably twice because we want him to be ready for that shot in 2021. 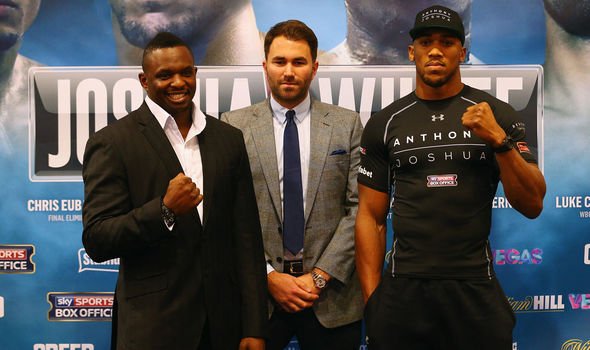 “If AJ fights Fury in November, the winner of that fight will have to sign to fight Whyte – if he beats Alexander Povetkin on May 2.”

Whyte faces Russian Povetkin at the Manchester Arena in May for the former’s WBC interim world title.

Povetkin has only lost twice in his career – to Joshua and Wladimir Klitschko.

“What’s the point of waiting, my career goes on,’ Whyte said earlier this week.

“I’m not getting any younger. I need more experience, I need to learn more.