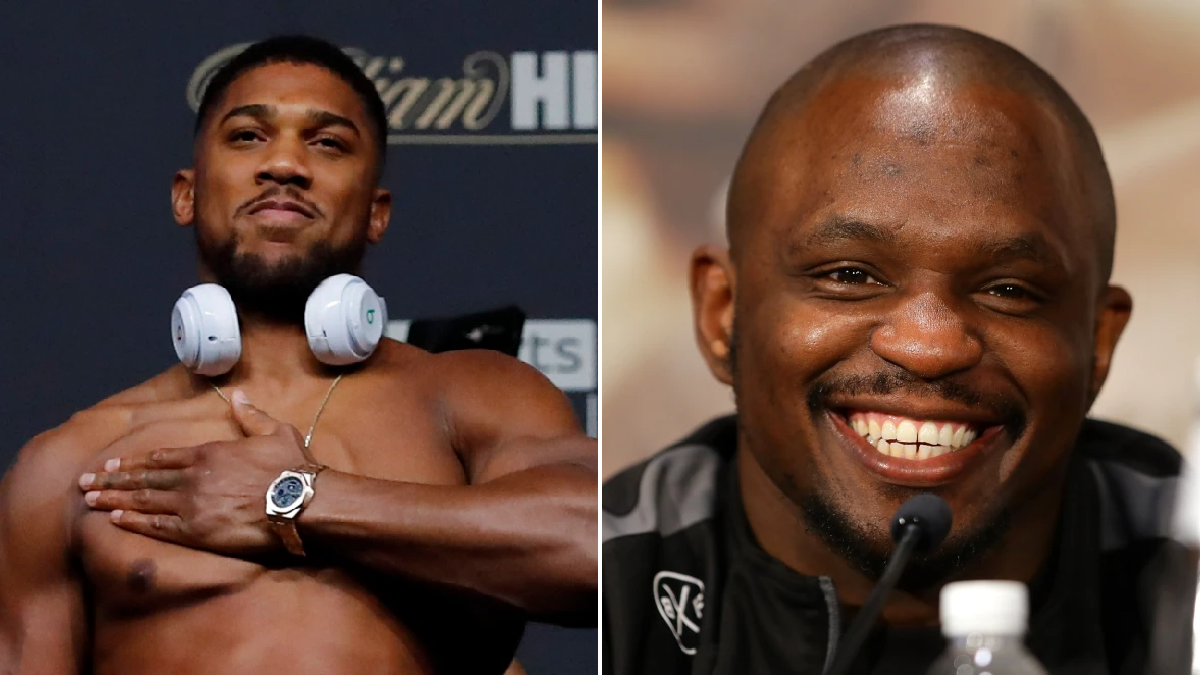 Anthony Joshua says he is ‘happy’ to see his old foe Dillian Whyte finally get his crack at a world title against Tyson Fury.

The all-British heavyweight showdown was finally confirmed on Friday night with Fury’s co-promoter Frank Warren winning the delayed purse bids to host the fight in April.

Whyte was installed as the mandatory challenger for Fury’s belt at the end of last year but has had a long wait for his shot having held a lofty position within the WBC rankings for a number of years.

The Brixton heavyweight went to war with Joshua back in 2015 with the two Londoners sharing a tense rivalry while establishing themselves in boxing’s blue riband division.

Despite the bad blood, Joshua was pleased to see the fight finally confirmed.

Joshua wrote on Instagram: ‘Even though Dillian Whyte is an enemy of mine, I’m low key happy for him.’

With Fury and Whyte on collision course, Joshua is now set for his rematch against Oleksandr Usyk having lost his IBF, WBO and WBA titles to the undefeated Ukrainian last September.

Eddie Hearn has suggested that bout will take place in May.

Fury vs Whyte meanwhile is expected to take place at the Principality Stadium in Cardiff, with Fury seemingly confirming plans to fight in the UK for the first time since 2019.