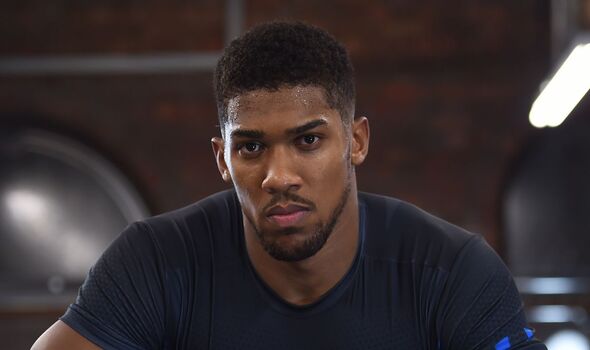 Anthony Joshua has reportedly selected former unified heavyweight world champion Derrick James as his next trainer as he prepares to return to action in April. The 33-year-old British star is looking to rebuild some confidence following back-to-back defeats to Oleksandr Usyk as he targets a third reign as world champion in 2023.

AJ looks set to part company with Robert Garcia following a brief stint with the Californian trainer, who was in Joshua’s corner for his second defeat to Usyk in Saudi Arabia last August.

Now Everything Boxing are reporting that Joshua has settled on a new partnership with James following trial sessions in the United States in recent months.

Joshua had previously considered teaming up with James prior to his partnership with Garcia but now he finally looks set to become a stablemate of unified and undisputed world champions Errol Spence Jr and Jermell Charlo.

Eddie Hearn is believed to have penciled in April 1 for Joshua’s comeback after enjoying a six-month recharge away from the ring.

Australian heavyweight Demsey McKean has been mooted as Joshua’s next opponent, despite a burning desire from the British public to make AJ vs Dillian Whyte next.

McKean has previously sparred Joshua and is making his way up the heavyweight ranks after moving to 22-0 in October.

Speaking after his latest victory, McKean talked up the prospect of fighting Joshua at the Gabba Cricket Ground in Australia.

The 32-year-old said: “I think I did [enough to warrant a fight with a top name next]. It was an early knockout as well, and I’m going to have to hold Eddie [Hearn] to that, I think he said the Gabba against AJ, obviously, that would be my first preference but any of those top-level guys that he mentioned.

“Derek Chisora, Dillian Whyte, I’ve got a lot of respect for those guys they’ve done a lot for the game and I think it’s my time now and I need to start climbing those rankings quite quickly and I think a win over one of those top guys is going to put me in contention pretty fast.”

Hearn, who also promotes McKean, sees no problems with the IBF Intercontinental champion’s ambition as he refused to dismiss the idea of a fight with AJ.

“So, if AJ gets on his bike and goes on this world tour that we talk about, it’s no joke about the Gabba, that’s an incredible night of boxing, Anthony Joshua vs Demsey McKean up there. Dillian Whyte, Derek Chisora, Zheili Zhang, Filip Hrgovic, 100 percent a major name will be next for Demsey McKean.”

Hearn had previously reaffirmed prior to Whyte’s controversial points victory over Jermaine Franklin that the winner would be set to face Joshua in 2023.

Joshua is adamant he still has plenty to give in boxing’s blue-ribbon division as he awaits the potential breakup of the world title belts.

Speaking in December, Joseph Parker declared his team reached out to Joshua’s management to try and arrange a rematch.

The Kiwi received no response from AJ or Hearn, telling SecondsOut: “Before I flew here and before I locked in this fight [vs Jack Massey], my manager put in a message to Joshua’s team and asked if they wanted to have a rematch.

“We had no reply but we’re still trying to chase those fights, those rematches and it would be awesome if we can. It’s just up to each fighter and their team.”