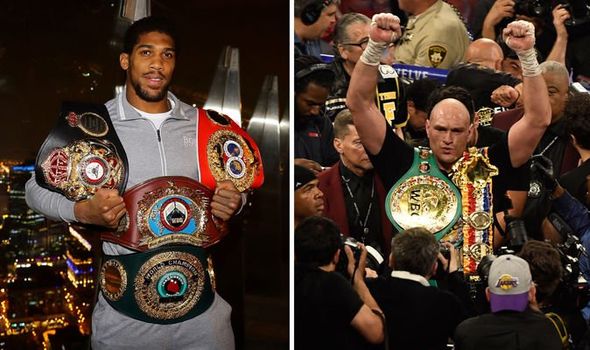 Anthony Joshua’s promoter Eddie Hearn has revealed talks over a heavyweight title unification fight with Tyson Fury are trending in the right direction. The eagerly-anticipated Battle of Britain became the most-talked-about fight on the planet late last month after Fury claimed the WBC heavyweight title with a seventh-round TKO victory over Deontay Wilder in Las Vegas.

Immediately after Wilder’s corner threw in the towel, boxing fans across the globe began licking their lips at the prospect of Joshua and Fury trading blows in the summer.

Their hopes, however, were soon dashed when it was announced Wilder has exercised his trilogy fight clause in his contract to rematch ‘The Gypsy King’ and that Joshua will defend his unified titles against Kubrat Pulev on June 20.

Hearn is hoping both men will come out of their respective bouts unscathed and has already begun laying the groundwork for an end-of-year showdown with Fury’s American promoter Bob Arum.

“There’s no reason why a deal can’t be done now to lock in Joshua and Fury for that November-December date,” Hearn told Sky Sports. 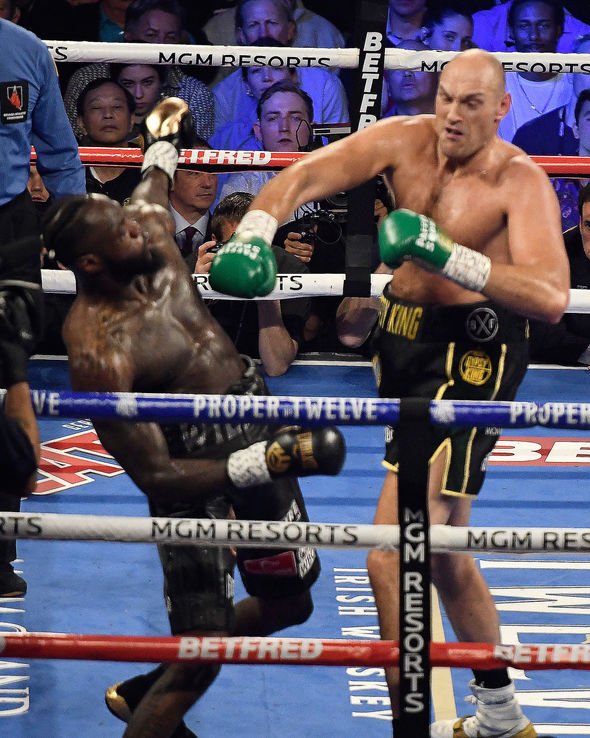 Conversations are ongoing with Bob Arum and are all positive

“Conversations are ongoing with Bob Arum and are all positive.”

Hearn, like many others, is adamant Joshua and Fury must locks horns with one another this year, saying: “The undisputed fight must happen in 2020.”

The Matchroom Boxing chief is relishing the prospect of the two biggest names in British boxing going toe-to-toe with one another and believes Joshua and Fury could end up having one of the biggest rivalries in the history of the sport.

When pressed further on the match-up, Hearn said: ”Joshua and Fury are certainly going to be boxing twice [or a] trilogy.

“That’s part of the deal that we are looking to do ASAP – a two-fight agreement with Fury and Arum at the end of this year then summer 2021.

“We must try and do that fight in the UK. Ask AJ and Fury where they would like it, and they would say the UK.

“We know there will be huge offers from around the world. Our priority is to try and make this fight in the UK.

“There will be two of these, maybe three, so certainly summer 2021 we’ll get one in the UK. 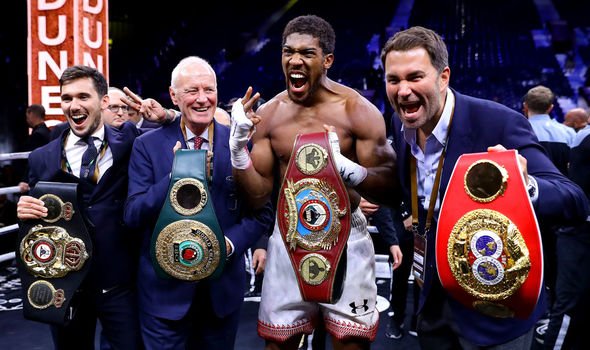 “I would love to make the first one in the UK because we’ve got two British world champions who will fight for the undisputed title – this is never going to happen again. To do it in the UK would be very special.”

Fury, 31, was quizzed about a potential showdown with Joshua earlier this week during an appearance on ITV’s This Morning, in which he insisted he’s been the undisputed ruler of the heavyweight division for nearly five years.

“I’ve already been the undisputed heavyweight champion of the world when I beat [Wladimir] Klitschko,” Fury said. “I had all the belts.

“So as far as I’m concerned Anthony Joshua has only got my leftovers because I never lost those belts, I had to vacate them for mental health problems to focus on myself. Yeah. They’re my belts.

“Until a man’s defeated in the boxing ring how can you claim to be the champion when you haven’t beaten the champion?

“I beat the dominant heavyweight of our era with 26 title defences and went to Germany to do it.

“Then I’ve been an opponent again and went to America and beat the guy nobody wanted to fight.

“And now I’ll come back and have two more fights and then hopefully we’ll sail into the sunset.”