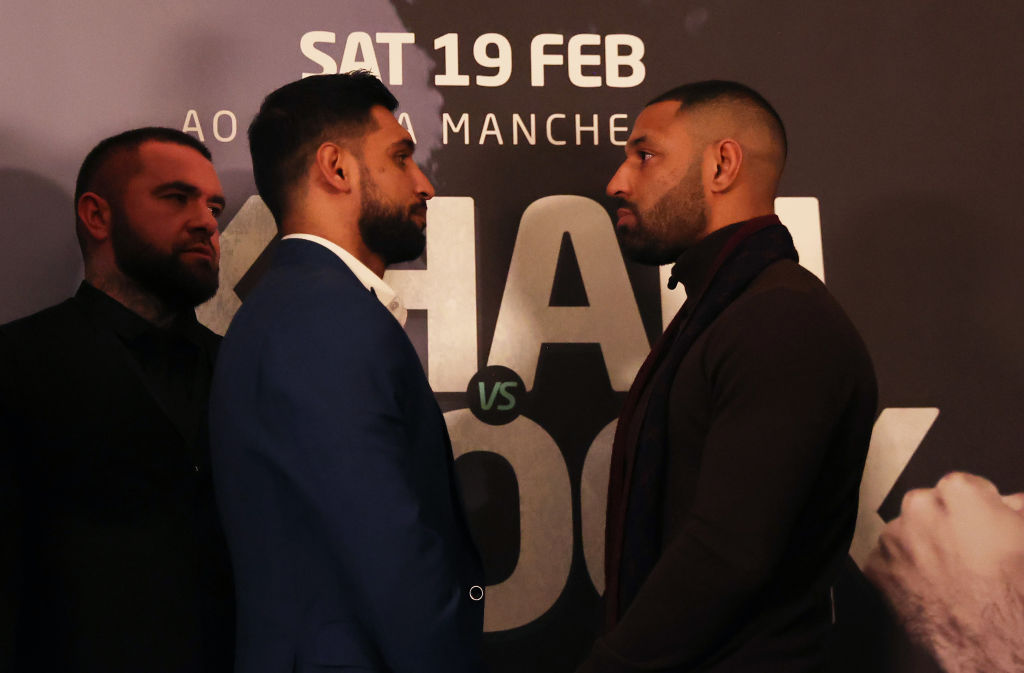 Amir Khan has admitted he is carrying injuries and niggles in fight camp for his February showdown with Kell Brook.

Khan and Brook will finally square off next month to settle a bitter rivalry that has raged for almost a decade.

At 34 and 35 respectively, both fighters are no longer in their primes with both put through gruelling wars over the years.

Khan is currently in Colorado where he has based himself for an intensive fight camp ahead of the fight on 19 February.

And the former Olympian has revealed he is pushing himself through the pain barrier, battling old injuries to ensure he is at his best on fight night.

‘We all have injuries, sportsmen and women,’ Khan told Sky Sports.

‘When you’re at the elite level, we always have to overcome them pains and override them.

‘Yeah I’ve got pains and I’ve got injuries when I’m in training.

‘I’ve had to spar today and I still have to overcome them injuries, I can’t think of them I’ve just got to get on with my job.

‘My job is just to get ready for February 19 and obviously the aches and pains are there and as you get older – I’m 35 now – it’s not like when you’re 25 where you recover after a tough session.

‘Now the body takes a bit of time but it’s good because I know if I continue pushing myself with those pains and aches, then I’ll be fine come fight night.’

In 2016, an agreement appeared close only for talks to fall though at the eleventh hour, with Khan instead moving up two weight classes to fight Saul ‘Canelo’ Alvarez and Brook challenging middleweight king Gennady Golovkin.

Both suffered comprehensive defeats; Khan knocked out in devastating fashion in the sixth round with Brook suffering a broken eye socket in his stoppage loss.

Khan has fought just four times since then, falling short in his last world title shot against Terence Crawford before a low-key win over Billy Dib in Saudi Arabia in his last fight in July 2019.

Brook, who lost his IBF welterweight title to Errol Spence Jr following the defeat to Golovkin, was last in the ring 12 months ago, also losing to Crawford.