Stephen Curry scored 23 points for Golden State in his highly-anticipated return after missing more than four months with a broken left hand, but the Toronto Raptors beat the Warriors 121-113 on Thursday night to clinch a playoff spot.

After being sidelined for 58 games, Curry led Golden State out of the tunnel to a big ovation. He missed his first two shots but had three quick assists, including a no-look, behind-the-back pass to Andrew Wiggins. He finished with seven assists in 26 minutes.

The two-time MVP hit a 17-footer for his first basket early in the second quarter, then got a huge reaction for a 3-pointer from well beyond the arc shortly before halftime. He was 3 of 11 from 3-point range for the game. 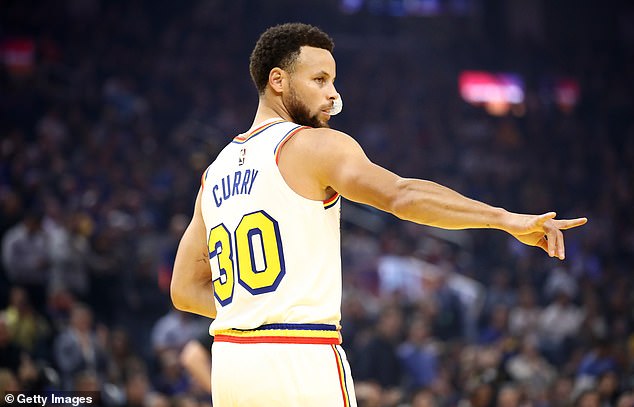 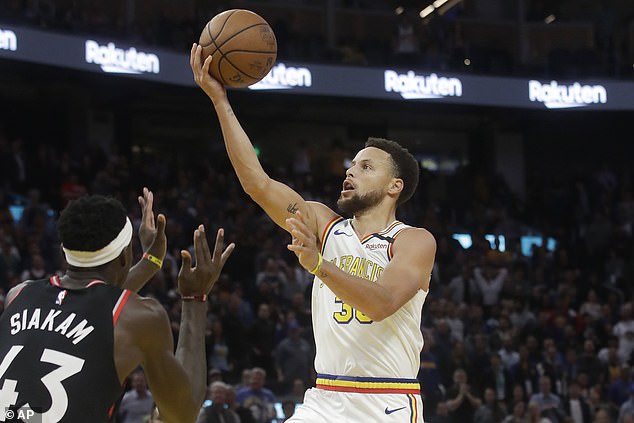 ‘It feels like the first day of school pretty much all over again,’ the 31-year-old said earlier in the day after shootaround. ‘It’s kind of just getting back to enjoying playing basketball at the highest level. There’s a process to that.’

Norman Powell scored a career-high 37 points for Toronto, which clinched a playoff berth with the win in a rematch of last year’s NBA Finals. The Raptors won that series in six games, finishing with a victory in Golden State’s final game at its old arena in Oakland.

Kyle Lowry added 26 points and 10 assists, and Serge Ibaka had 13 points and 13 rebounds for the Raptors, who won at Phoenix on Tuesday night to end a three-game losing streak. 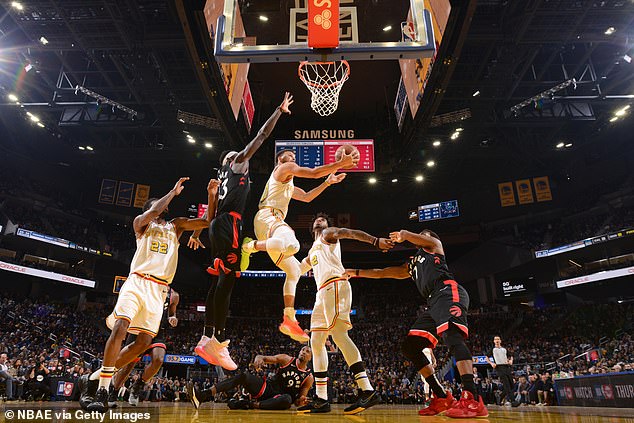 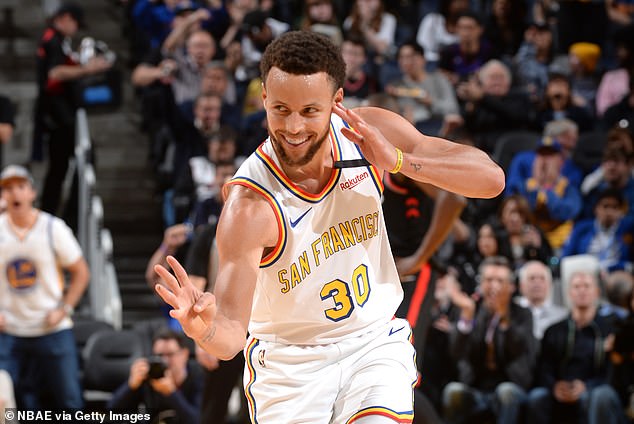 ‘Knowing that Steph was coming back, we knew it was going to be a great night, a great atmosphere,’ Lowry said. ‘One of the best players in the league was coming back from injury, we were a little more focused and concentrated on him, but coming in here, it’s a great regular season game.’

Damion Lee scored 23 points and Marquese Chriss had 17 points and 12 rebound for the Warriors, who have lost 10 straight at home.

Golden State trailed 62-55 at halftime but took an 85-83 lead in the third on Eric Paschall’s 3-pointer – with Curry on the bench, no less. 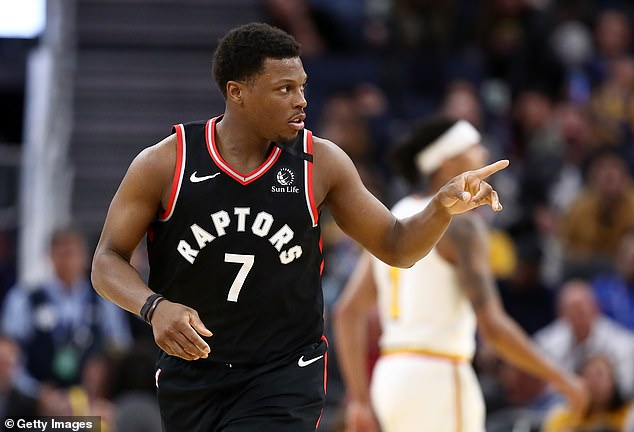 After Toronto regained the lead, Paschall tied it at 95 on a free throw with 9:39 left in the fourth quarter, but the Raptors countered with five straight points. A 3-pointer by Lowry and a powerful dunk from OG Anunoby helped Toronto stretch the lead moments later.

Curry checked back in with 3:51 left and hit a falling layup with two minutes remaining that pulled the Warriors within 113-108. Wiggins added a 3-pointer to make it 113-111, but Pascal Siakam made two baskets in 15 seconds to keep Toronto’s lead safe.

Curry practiced Monday with the G League Santa Cruz Warriors, then was recalled later in the day in a most anticipated promotion. His return to action came without most of his familiar supporting cast – Draymond Green missed his fourth straight game with a left knee injury, and Klay Thompson remains out with a torn left ACL.