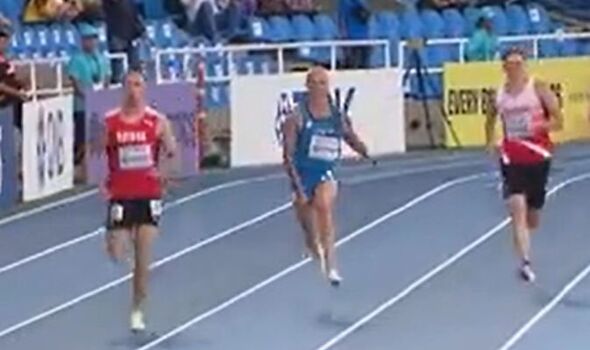 An Italian decathlete suffered a 400 metre meltdown and was left red-faced after his penis kept falling out during a race. Alberto Nonino suffered the embarrassing wardrobe malfunction during the World Athletics U20 Championships in Cali, Colombia.

Nonino was one of seven athletes who lined up in heat two of the decathlon 400 metres and enjoyed a fine start in lane five as he made ground on his rivals. But he was then forced to rearrange his shorts while attempting to reach top speed as his penis had flopped out.

As the race reached its latter stages, the 18-year-old appeared increasingly concerned with solving his issues down below as he repeatedly reached for his genital area. And he slowed up on the home straight as he ultimately came last in a time of 51.57 seconds.

The revealing incident went viral after sports journalist David Sanchez de Castro took to Twitter to describe what had happened. “Last series of the 400 meters decathlon,” he wrote in Spanish. “The Italian Alberto Nonino in lane five begins very well but crosses the finishing line last. He had his penis out, literally.” 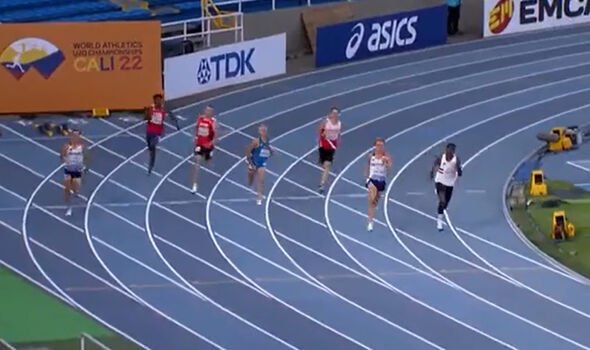 And the journalist went on to add: “Perhaps I’ve explained myself poorly. His penis escaped out of the side of his shorts and he had to hold it because it wasn’t allowing him to run properly which is normal when your dongle is swinging from side to side.”

Following the race, Nonino took to Instagram to give his version of events and admitted he felt “terrible” following the unfortunate occurrence. “I just want to talk to you a little bit about the rumpus there’s been on blogs and social media in general,” the teenager wrote in a story. “I’m conscious it was obviously an accident and I’d like to tell you I’m aware of the reaction and you don’t need to send me the links to the blogs out there. 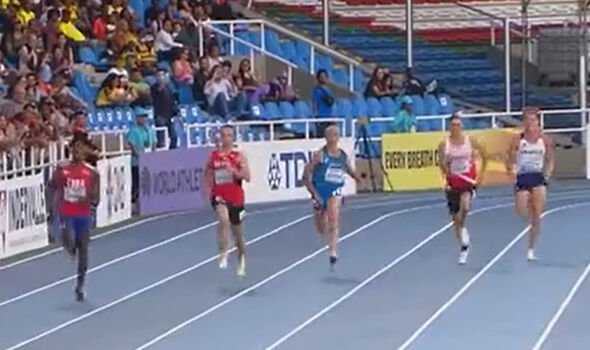 “I’m trying to laugh about it now but immediately afterwards I felt terrible and I’m thankful to my friends and family for helping me get over what happened a few hours later.”

And the decathlete also took a swipe at the media for drawing attention to the incident. “The journalistic world worries about cases of bullying throughout Italy and around the world and then publishes these articles that for a more sensitive person could have done a lot of harm,” he added. Nonino ultimately finished the decathlon in 15th place with 7054 points.