Home » Basketball » How to win a conference tournament

How to win a conference tournament 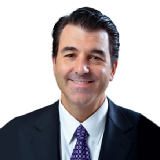 I was fortunate enough to be a part of two men’s college basketball conference tournament title teams as an assistant coach, first at Boston College in the Big East tourney in 1997, then at Ohio State in the Big Ten in 2002. What I remember most about those runs was that they were intense, competitive experiences where everything happened super fast. There are some universal keys for every team trying to pull off this daunting task, some of which you would want from any winning team — staying healthy, being the hot team, shooting well, playing strong defense, winning the rebounding battle, limiting your turnovers and staying out of foul trouble among them.

But trying to win three, four or even five games in as many days, as UConn did back in 2011, is a very different environment than the regular season or even the NCAA tournament, where you get an off day between games. With that in mind, I came up with several elements — some new and some “classic” in nature — that teams simply can’t do without in this thrilling but specifically demanding setting:

This will always be at the top of the list; it’s the first ingredient to win any basketball championship at any level. At Boston College in 1997, we played a three-guard offense, which in that era was something new and was hard to play against.

Scoonie Penn (13.1 points, 3.1 assists per game) gave us the speed to play in transition, as he was the ultimate playmaker who could also score points during crucial moments and at crunch time. Duane Woodward (10.7 PPG, 3.9 APG) was the ideal combo guard — his first thought was about scoring, but he had the vision and IQ to run the offense and get others involved, and his competitive nature set him apart. Antonio Granger (10.1 PPG, 4.1 rebounds per game) was an instant threat from both the outside and off the bounce — he was a bigger guard and he could get buckets. Andy Bedard (4.2 PPG) was the first guard off the bench and gave stability.

Our playmaking game in the backcourt was excellent, our dribble penetration game was strong, our passing game was unselfish and crisp, and we made timely shots behind the arc to extend the defense and put points on the board. A scoring punch is necessary, but players who can take broken plays and turn them into baskets are particularly important, because that’s something you can’t coach.

2. Players who lead (and a player of the year candidate helps)

In the intense atmosphere of a conference tournament, you can’t win without leaders who are respected and followed. Someone who can take over a locker room or team huddles during all the highs and lows that a game produces. Penn was that leader on the ’97 BC team. He led by his actions, words and his play, and would end up as the MVP of that Big East tournament.

But others such as Woodward and Danya Abrams played leadership roles. They led by their willingness to make scoring plays, defensive plays — or any plays to secure a win. When your best players are also your leaders, you have a strong locker room and a player-managed team. A team that is talented but does not have leadership and good team chemistry will not advance; it will self-destruct.

Of course, it helps to have a player of the year candidate to lean on. Even though Penn was our best player in that tournament, the ’97 team could not have survived without Abrams, our leading scorer (16.4 PPG) and rebounder (8.2 RPG) who also led the Big East in free throws made and attempted that season. When a basket or a rebound was needed, Abrams came through with consistency, and his presence alone lifted the team. There are going to be scoring droughts, so you have to a have a guy you can count on.

Mentally and physically competitive players — you had better have them on your roster if you are going to win consecutive battles on consecutive days. A willingness not to let contact or rough play bother them, to impose their physical will on the opposition, and to sacrifice their body for the good of the team. Take a charge, grab a rebound in a crowd, work your way over a screen, and finish a basket through a hard foul. Mentally, the perseverance to plow through tough situations such as bad starts, foul trouble and your opponent’s inevitable scoring runs.

That BC team had those tough guys. Our frontcourt quartet of Abrams, Keenan Jourdan, Bevan Thomas and Mickey Curley were players who thrived on physical play. The more banging and bumping, the better they played. Woodward led with a highly competitive edge and mental toughness to push forward during challenging times.

Penn, now an assistant with the Memphis Grizzlies, remembered the toughness of the team during that 1997 run to the conference title.

“Preparing for the Big East, you had to go in with a mentality that every game was going to be a battle,” Penn told me. “Physically, most teams are a little tired at this point of the season. We won it because our team had high level of mental toughness for three days straight, we were locked into the details, and ultimately that was the difference in us winning it all.”

4. A coaching staff that can prepare — the right way — on a tight turnaround

Coaches thrive on game preparation — assistant coaches, video staff and managers put megahours into watching and editing film. But what coaches watch, and the standard scouting reports given to players, can be drastically different in a tournament setting.

“We watch everything, but only give our players what’s most important in terms of plays and personnel,” an ACC assistant told me. “We don’t want to overload our guys; at this point we want their minds fresh.”

The assistant said it’s less about whom you’re facing than being who you are.

“At this point of the season we focus more on us then our opponents,” he told me. “We look at our previous game with our upcoming opponent — what went well and what hurt us. We look at their last few games to see if they are doing anything new.”

Once you win that first game, the routine becomes more intense. Some coaches let players stay and watch the following game if the next day’s opponent is on the court. Others want the players back at the hotel to get off their feet and resting.

Some teams will watch a few good and bad clips from that day’s win, to build confidence but also remind of what could have been better. Then they lay the groundwork on who is next, diving in on what the game plan will be, showing players how to guard the offensive schemes and to attack the defense. Next up is special situations and end-of-game scenarios. Players get a scouting report containing key statistics, details on opponent tendencies, and a primer on who’s hot or not over the previous five games. A walk-through in the hotel or at a local school if time permits before the pregame meal.

“We will show them anything different that we see from [our next opponent’s] recent game,” the ACC assistant told me.

The key is balancing a practical amount of information with rest, while not letting the players stay in their rooms too much and become stale. Being prepared is vital, but you can’t give your players too much of anything at this point — fresh minds create fresh bodies, and that’s a big key to playing well.

One of the newest keys to winning a conference tournament centers is the topic of rest — which we’ve touched on — but also recovery. Pregame warm-ups and postgame recovery measures are monitored more than ever before, and support staffs have grown much larger and more specifically focused in order to execute on these plans. The athletic trainer, strength and conditioning coach and a dietitian are the key figures collaborating on how athletes can best recover for another game in less than 24 hours. There is cutting-edge science being used to enhance performance, and schools including Michigan — which has been to the Big Ten championship game the past three years and won it in 2017 and 2018 — are on board.

“We cover adequate hydration, light postgame stretching, a cold tub or a contrast bath, eating a balanced meal consisting of complex carbohydrates, lean meats, vegetables and fruits — it’s all planned out,” Michigan strength and conditioning coach Jon Sanderson told me. “Finally, a session using compression pumps before bed to work to aid in blood flow, to get everything flushed out. A set bedtime to allow for a minimum of nine hours [sleep]. Turn everything off and keep it dark. Sleep hygiene is important.”