Home » Basketball » An unpronounceable name, a semi-nude photo and a milestone win: Inside Coach K’s first season at Duke

An unpronounceable name, a semi-nude photo and a milestone win: Inside Coach K’s first season at Duke

Duke named Mike Krzyzewski its new men’s basketball head coach on March 18, 1980. Coach K’s first Blue Devils team posted a 17-13 mark in 1980-81 and lost in the NIT to Purdue. It was the first of what would prove to be three consecutive seasons in which Duke finished sixth or worse in the ACC and did not reach the NCAA tournament.

Coach K’s early struggles have long since become a familiar part of his legend. Then, in the 1982 recruiting class, Johnny Dawkins, Mark Alarie, Dave Henderson and Jay Bilas arrived, and the rest is history. So the story goes.

But those who were connected with that first team in 1980-81, from players to reporters to Duke Athletics staff, say there was a little more to it than that. They knew Coach K when he was new, 34 years old and learning the ropes in the ACC.

As Coach K prepares to retire after the 2021-22 season as the winningest coach in men’s college basketball history, that first season in Durham merits another look. Today, when members of that 1980-81 team are asked if they ever imagined back then that their new coach would go on to win five national titles, they typically respond with a shake of the head. No one could envision any coach having that degree of success.

“We all thought it was going to be Tom Davis” 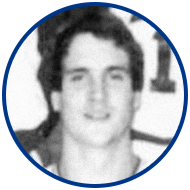 KENNY DENNARD (senior forward in 1980-81; played three seasons in the NBA for the Kansas City Kings and Denver Nuggets; CEO of investor relations firm Dennard Lascar): I saw Coach at his K Academy this past summer. He had his people there, of course, and he got me and Gene [Banks] to come over. He pointed at us and he said, “I wish I could have had these guys when I was in my 40s, because, when I had them, I didn’t know how to coach elite players.”